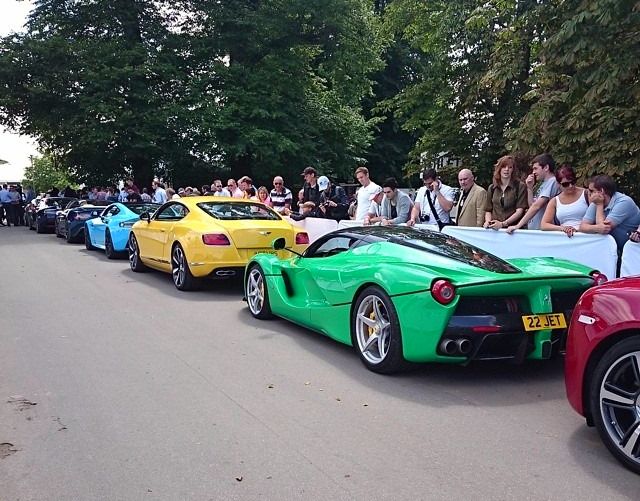 The 2014 Goodwood Festival of Speed is underway with lots of supercars and the very latest hybrid hypercars in full attendance. Among the more discussed few is the Koenigsegg One:1, McLaren’s MSO 650S, a couple of LaFerraris one of which is Jay Kay’s kermit green example. Jaguar has brought the first product F-Type Project 7 to the show. This car too is one of the highlights of this year’s GFOS. Nissan is showcasing the their new Concept 2020 (aka future GT-R) that was released for GranTurismo 6 on PS4.

Off-road enthusiasts won’t disappointed either for Mercedes-Benz and Brabus have brought the rather ostentatious G63 AMG 6X6 -based Brabus G700. Lamborghini, on the other hand is being represented by the aptly named Huracan LP610-4 sporting a matte black paint job.  So, overall there’s lots of horsepower in the form exquisite automobiles present at Goodwood this time around and we have been able to get you all the details thanks to Tim Burton of the Shmee150 Channel. A big thank you and full credits to you mate.

Koenigsegg One:1 start-up and exhaust note: