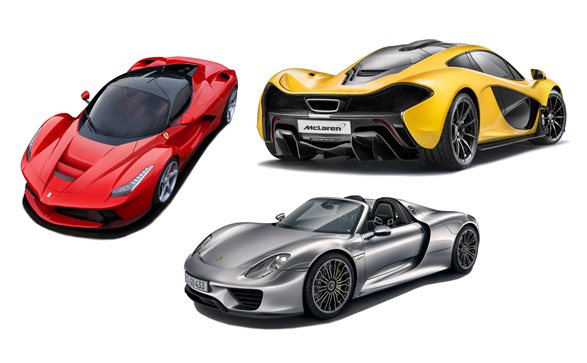 Perhaps, the most anticipated drag battle of 2014, like us, even you would be keen to know who wins when the world’s top 3 hybrid supercars go head to head. This is a supercar drag race like no other where the Mclaren P1 takes on the mighty Ferrari LaFerrari and the Porsche 918 Spyder.

Supercar spotter Shmee150 recently went on a road trip in the Alps and he, along with his friends took the latest hybrid hypercars with them. If you check out the rest of the videos on the Shmee150 channel on Youtube, you can get up close and personal with these modern machines. That said, the most anticipated bit of them all is a race between the very unique supercars of the 21st century. Scroll past the jump to watch the full video of the ultimate supercar drag race.