You’re a multi-millionaire and have a large collection of exclusive Ferraris including a LaFerrari. You are in Ferrari’s “good books” and you’re confident of getting a LaFerrari Aperta slot. Well, you’d be wrong. As it turns out, having a $50 million Ferrari collection is not enough to qualify for Aperta ownership.

“If people at Ferrari think that is self-promoting, I can’t help that.”

David Lee is well known Ferrari collector with a massive collection of classic and modern Ferraris. He is among a select group of people who own all the Ferrari halo cars from the past couple of decades. His line up of cars include a 288 GTO, F40, F50, Enzo and a LaFerrari. He recently got a one-off F12 tdf DSKL finished in the same spec as his 1964 Ferrari 250 Lusso Competizione. 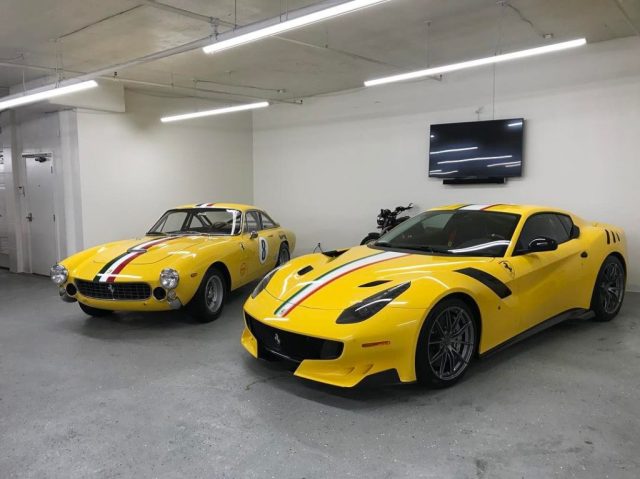 So why was David Lee denied a LaFerrari Aperta?

Well, according to the LA Times who had the opportunity to speak to several Ferrari customers and VIP collectors, Ferrari sees Lee as a show-off and Ferrari doesn’t like show-offs.

It is true that David is very active on social media. He also puts his cars on display at “Cars and Cronos”- a monthly event where supercar owners from around the LA area meet up along with fans and vloggers.

“My love of the brand and the enjoyment I get from sharing my special collection with the public is nothing but a good thing for the future of the brand,” Lee said. “If people at Ferrari think that is self-promoting, I can’t help that.”

It’s free publicity for Ferrari, but apparently, the company doesn’t like it.

So, there you have it. David Lee isn’t among the 200 people selected by Ferrari to get a LaFerrari Aperta. That said, you might see one at Hing Wa Lee plaza in the future anyway.