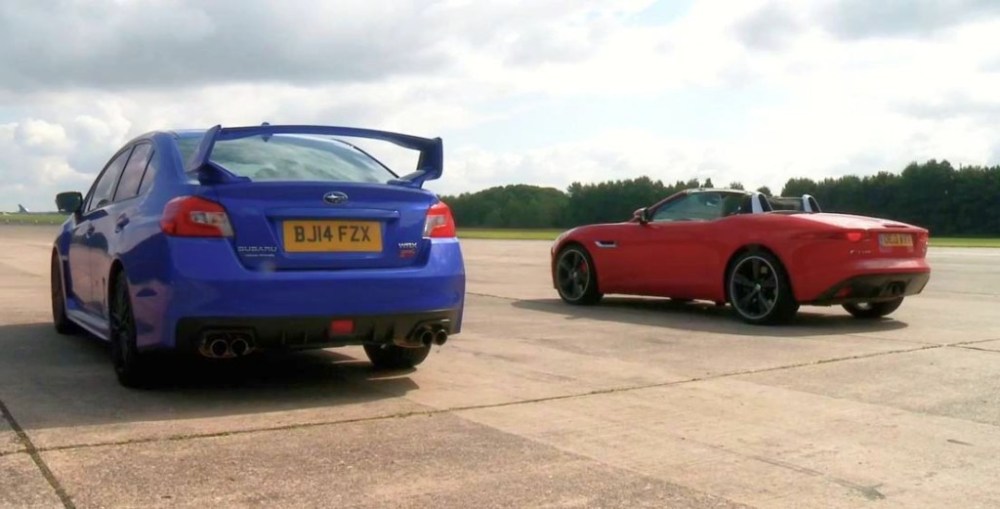 What will happen if you pit a Jaguar F-Type V6 S with launch control and an automatic gearbox against an all-wheel drive Subaru WRX STI with 300 hp and a stick shift? At first, I thought the Jaguar would be quicker. Yes, it has a slight power advantage and despite being rear-wheel drive, it launches briskly off the line thanks to the trick launch control system.

The following video proves that the Subaru is much quicker off the line, which isn’t a surprise. But, from then onwards, the sleeker Jaguar takes over.