Subaru has been denying all reports of a possible high-performance BRZ STI all this while. They certainly seem to have changed their position since this teaser image appeared on Subaru USA twitter feed.

The image shows a spoiler with the famous STI logo on the end plates. Now, some might argue, how do you know it’s a BRZ STI and not some other Subaru model. Well, that’s because we’ve seen a BRZ sporting this exact wing before. 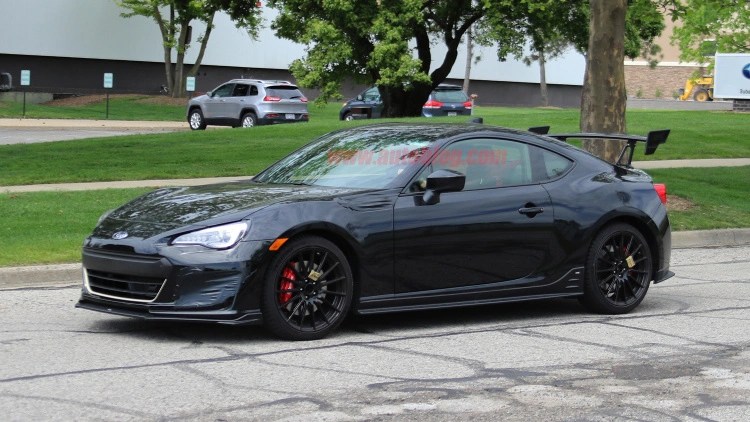 A few weeks back, a BRZ test mule was spotted in America. The prototype which was completely undisguised was sporting a bodykit with a couple vents covered up with tape. Other than that, the most defining feature was the enormous spoiler with of course, the STI logo.

Subaru’s tweet which read, “Stay tuned…6/8/17. #STI” is quite self-explanatory. A new STI model will be unveiled on Jun 8, 2017. It will most certainly be the BRZ STI the world has been waiting for.

That said, it is not yet clear whether the BRZ will get any performance upgrades. Hopefully, it does. But, that will soon be clear when Subaru announces the new BRZ STI next week.