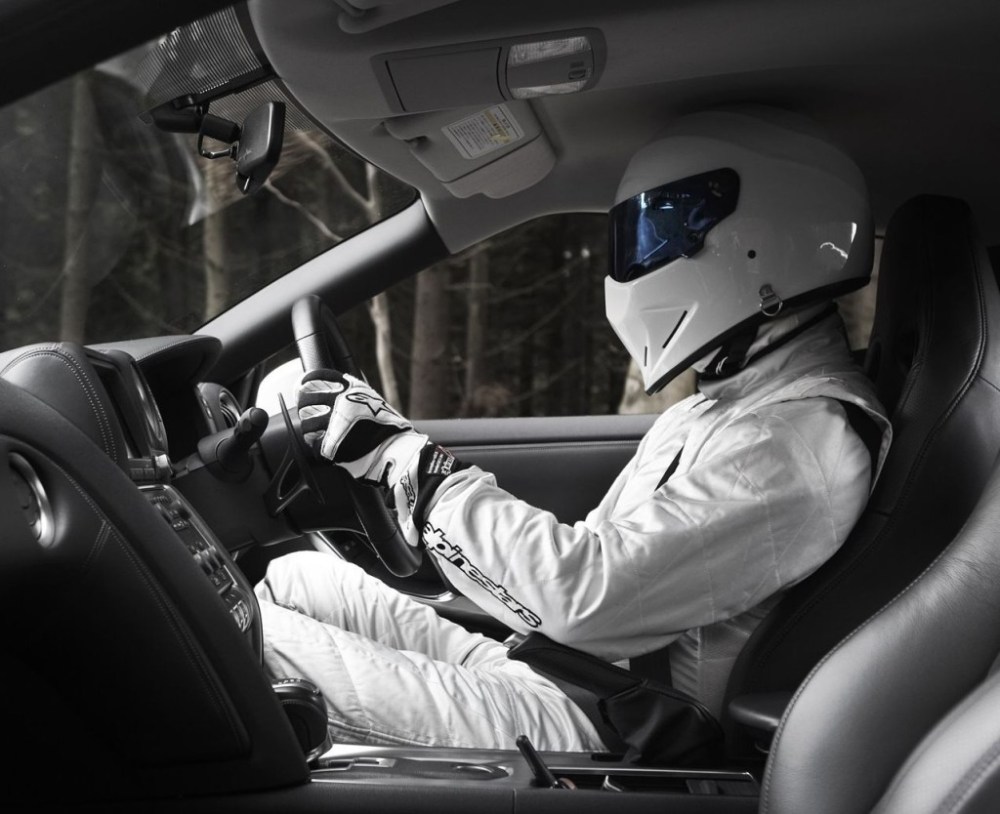 The Stig is usually spotted at the Dunsfold aerodrome where the Top Gear test track is located. Some say, he has to be chained inside a specially modified cage and recently, he has been spotted breaking into Lotus F1 headquarters in Enstone. The Stig then, is at large and dangerous. It is advised that you keep your supercars indoors or like how Team Lotus F1 found out the hard way, he might break into your garage as well.

Lotus F1 was able to capture the Stig walking into their office at night. He was also spotted driving an Lotus Exige in the parking lot. We can’t confirm whether it too was stolen. The Stig then went on a rampage driving around in a peddle car before he found the actual 2014 Lotus Formula 1 cars parked in the garage.

He had no issues firing up the cars whatsoever and when the boys at Lotus F1 HQ returned, they found one of their F1 cars in the parking lot and some obvious tell tale signs left by the Stig and his night out at the Lotus F1 HQ. Some say, the Stig has broken into Lotus F1 HQ and that instead of Austria, Team Lotus will end up in Durban, South Africa for the Top Gear Festival.