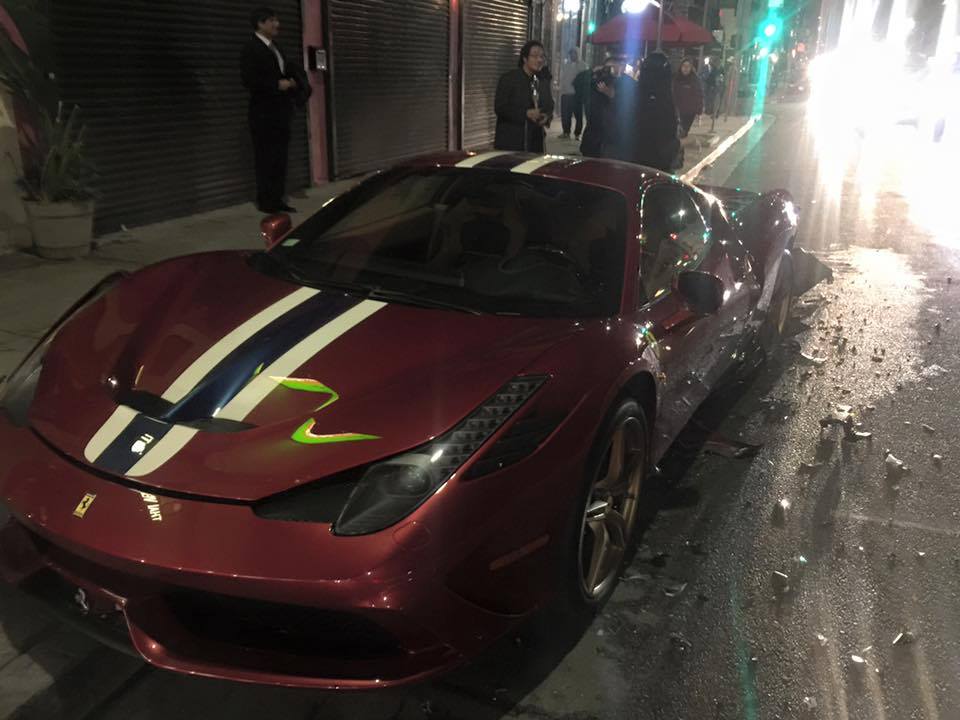 Actor and Hollywood producer Steve Goldfield’s Christmas celebrations were halted when heard that a girl high on cocaine had crashed his Ferrari 458 Speciale. Steve who is also a car nut had parked his Ferrari in the Hollywood area of downtown Los Angeles when the incident took place. The girl tried to flee the spot but bystanders restrained before the cops arrived.

Goldfield’s Ferrari 458 Speciale suffered substantial damage on the left-hand side rear end. The impact was strong enough to damage the radiators causing fluids to leak out on the pavement. The left side door and quarter panel also crumpled during the impact leaving a major dent on the surface. The Ferrari was clearly impacted from the rear as at skidded into a lamp post by the side of the road. This caused minor damage to the right side front corner of the vehicle. 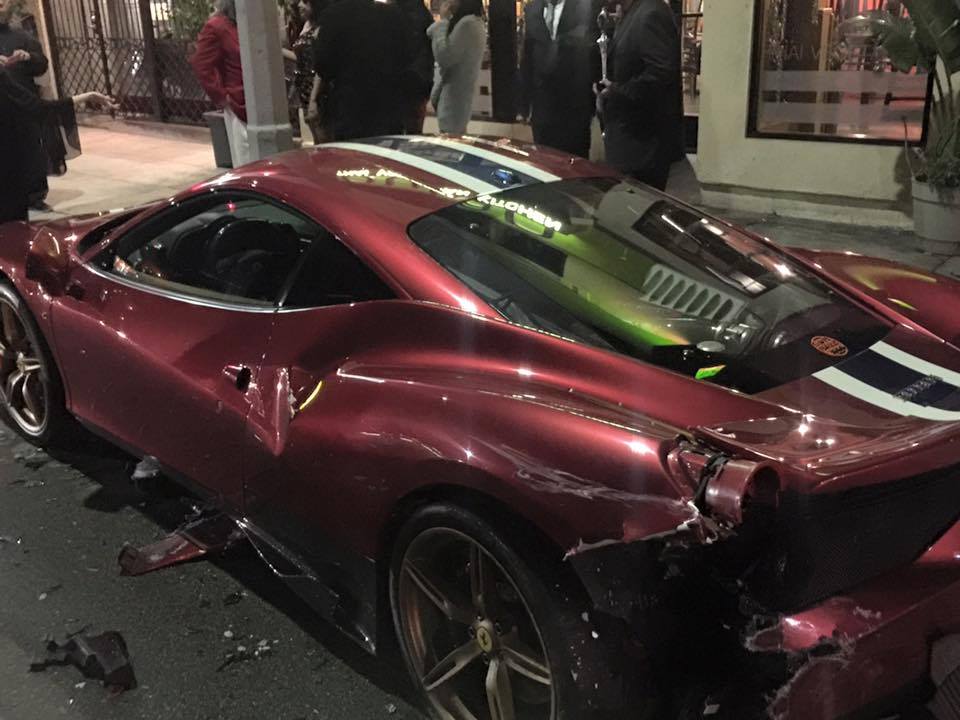 Steve Goldfield posted these images of his damaged Ferrari 458 Speciale on social media. The girl who was allegedly high on cocaine was probably apprehended and would be charged for multiple offences including the use of a controlled substance.

Meanwhile, Steve would probably get the Speciale repaired or perhaps sell it off and replace it with a new one. He did mention that he loves the new Ferrari F12 TDF. 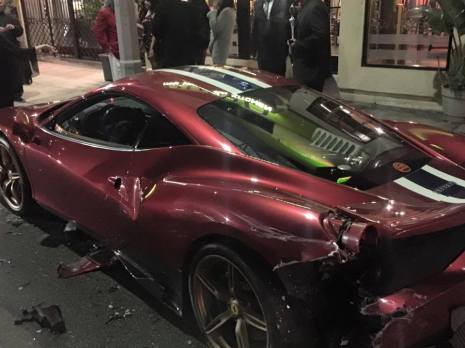 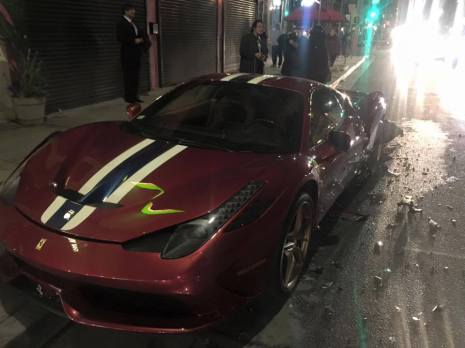 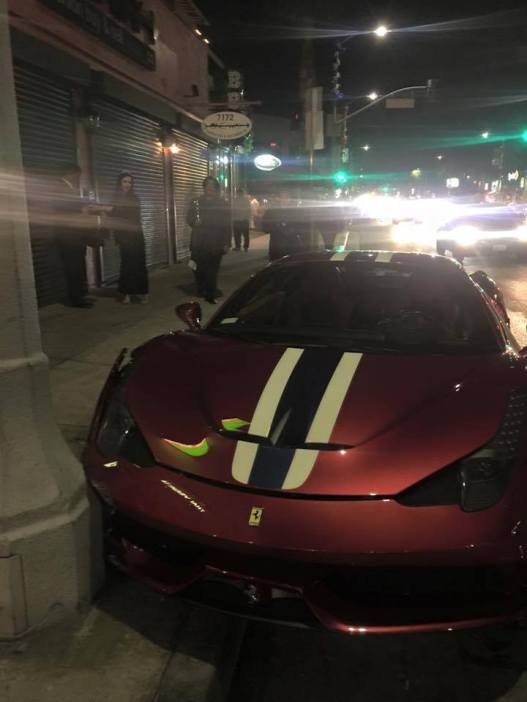