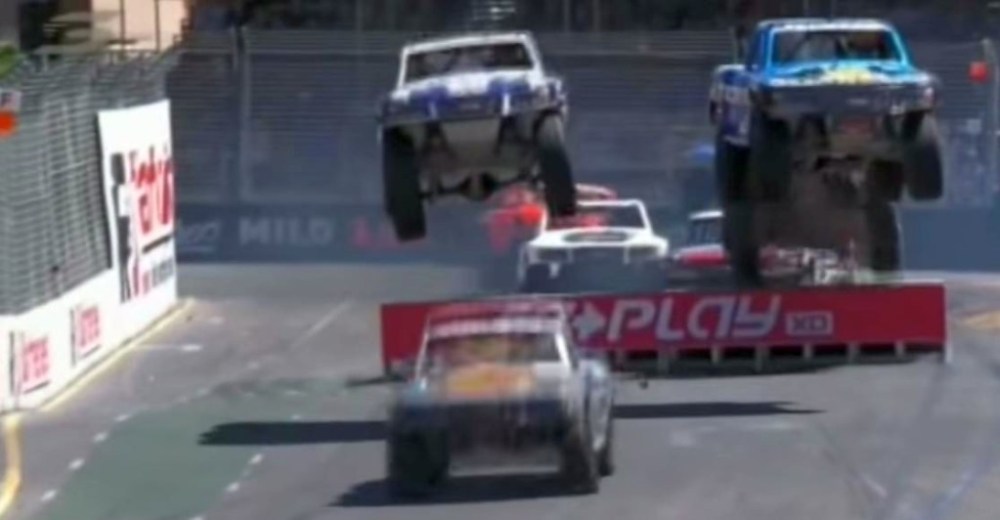 We have seen Aussie V8 Supercars thunder around the streets of Adelaide before. GT cars like Audi R8, Ferrari 458, Mclaren 650S, etc. are a common site at the annual Clipsal 500 race weekend in Australia. However, watching Stadium Super Trucks roar and catch air over jumps is something race fans were looking forward to this weekend.

These bespoke racing trucks with around 1000 hp each look rather intimidating, especially on a speed circuit. These are all-wheel drive of course and are built to race. It seems tough out on the race track, since shoving them around corners especially with such long travel suspension is quite tricky. Watch as the Stadium Super Trucks go around corners flexing and mostly on three wheels. It is quite a spectacle.