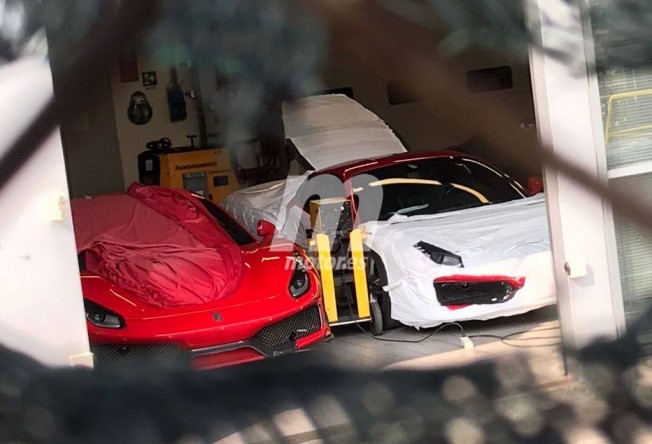 Test mules of the Ferrari 488 GTO / Speciale have been spied yet again. This time, the spy images partly reveal the front end of the 458 Speciale replacement. The spy shots suggest that the hardcore version of the 488 will get a revised front bumper with an integrated carbon fiber splitter and revised air intakes. The rear end could also feature minor tweaks to add to the aggressive looks.

While, there has been no official word regarding the engine that will power the new 488 GTO, rumors suggest that it might get a highly tuned version of the 3.9-liter, twin-turbo V8 that powers the standard 488. The engine is likely to produce in the range of 700 hp and more torque as well. The dual-clutch transmission will be retained albeit with tweaked ratios to suit the engine. On the chassis side, the 488 GTO is expected to be even more track-focused than the standard car. Ferrari will likely strip down the interior and use lightweight parts to cut down on weight. It might get more carbon fiber parts as standard. Besides this, forged wheels and carbon ceramic brakes would be used to reduce un-sprung mass.

Thanks to all the modifications, the 488 GTO is expected to be much quicker than the standard car. It will also be a step up on the 458 Speciale. Now, the question remains – how will it stack up against the McLaren 720S and the Porsche 911 GT2 RS?