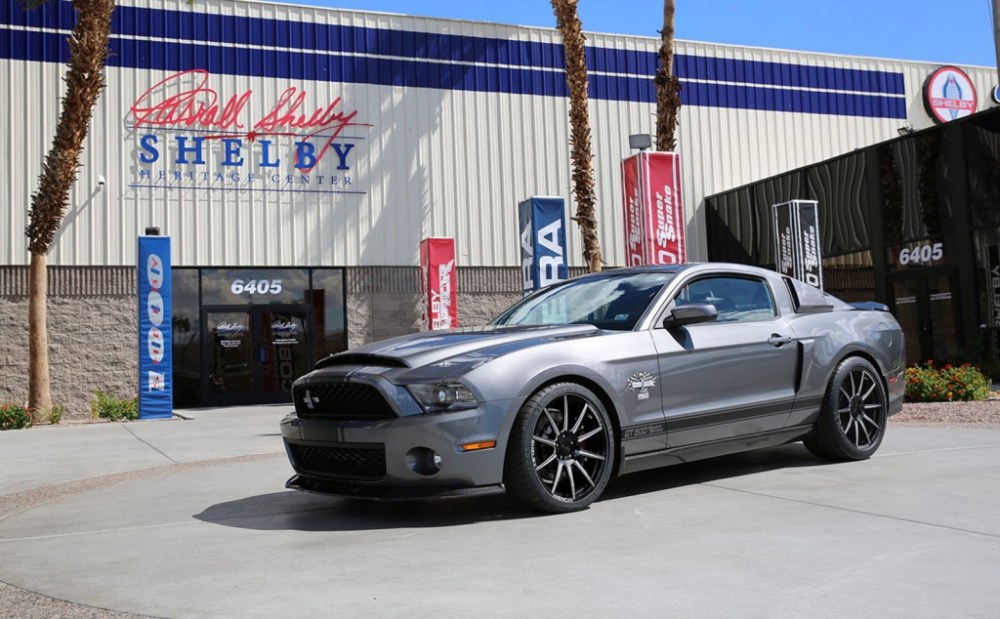 Year 2014 will soon draw to a close and one thing I did all year long was talk about the 2015 Ford Mustang and its tuned versions. Yes, Ford scaled a few skyscrapers in the new Mustang and that was big news. Also, Ford celebrated the 50th Anniversary of the Mustang brand and all the attention of the media was thus on the upcoming product. Shelby, Ford’s biggest and oldest partner has kept mum about their plans for the 2015 Mustang. But, before the new car is launched, they decided to give a befitting tribute to the outgoing model.

Shelby call it the ‘Signature Edition’ based on the Mustang GT500 Super Snake and it packs no less than 850 hp. The special performance package is available for GT500s built during 2007-2014 and like any other Shelby tuning, customers will have to provide the donor cars before the pack goes on. While, a Shelby GT500 stock costs around $56,000 approximately, the Super Snake Signature Edition package costs another $44,995.

The company will build just 50 units of the Signature Edition and booking are set to close on Jan 31, 2015. The tuning kit will include custom upgrades for the suspension, brakes, cooling and of course the 5.8-liter V8 engine which in stock tune produces 662 hp. The stock supercharger will also be replaced with a 3.6-liter Kenne Bell unit. Shelby will also sell a bespoke wide body kit for the GT500 that can order at an extra cost.