Age is just a number.

There is a good chance of the Shelby Mustang GT500 driver being the more skilled one behind the wheel, because on paper the Dodge Challenger SRT Hellcat looked more likely to win this bout.

When you a pit a 2008 Shelby Mustang GT500 against the new Dodge Challenger SRT Hellcat on a drag strip, you expect the 10-year-old pony car to lose, though with honor. But what if the end result is the exact opposite? What if the Hellcat finds itself staring at the Shelby’s taillights while the latter crosses the quarter-mile mark.

Uploaded by YouTube channel “Wheels”, this video shot at the Mission Raceway Park in the Canadian province of British Columbia, shows the Challenger accepting defeat at the hands of the Shelby Mustang GT500. It’s unclear on whether the GT500 was in stock form or not. But since it doesn’t give away any visual clues regarding upgrades of any kind, we are assuming that the car has not been souped-up. 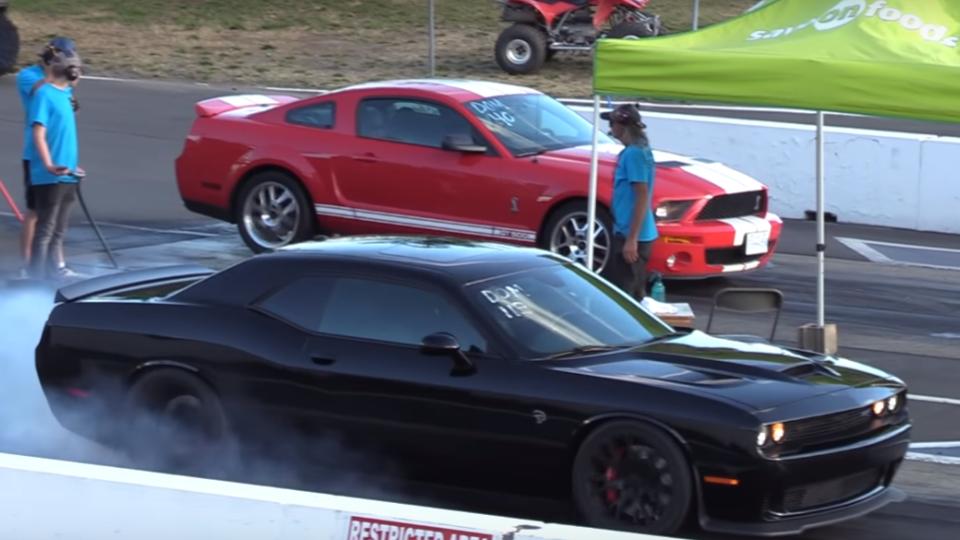 There can only be one possible explanation here – the drivers. If the GT500 was piloted by someone who is more experienced and skilled than the chap behind the wheel of the Challenger, then this could be the natural outcome. Cars matter. But in so do the drivers and their particular set of skills.