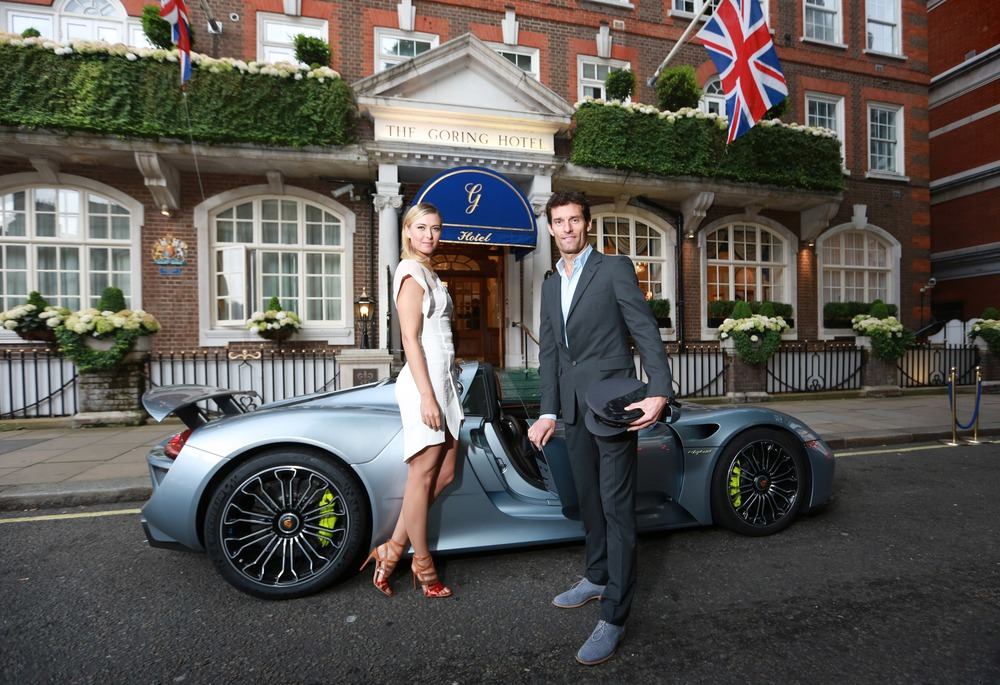 The glamor queen of Tennis Maria Sharapova was spotted at the pre-Wimbledon party in a Porsche 918 Spyder and she took ex-F1 and current Porsche works driver Mark Webber along. Both sporting stars have been previously spotted at a promotion event for Porsche after being named the official brand ambassadors.

Driving a high performance sports car like the Porsche 918 can be quite some workout for the driver. While, that’s better for Mark, Sharapova would certainly have her adrenaline running ridding alongside in the passenger seat of the hybrid supercar. The Porsche 918 Spyder is powered by a 4.6-liter V8 which puts out 570 horsepower. The hybrid system provides a further boost of 170 hp courtesy of the hybrid module on the rear axle and the electric motors on the front. This takes the combined output to 770 hp and 750 Nm of torque.