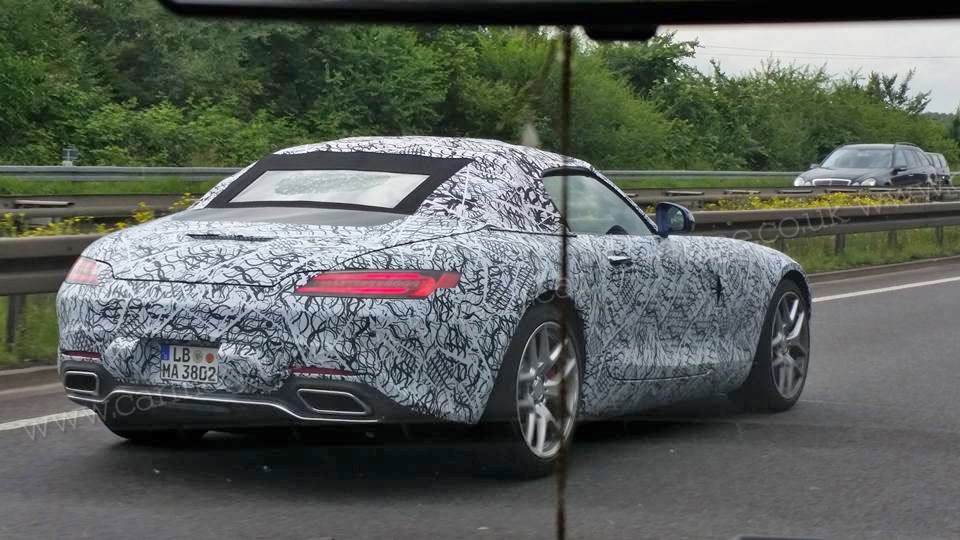 Mercedes-AMG showcased the hardcore AMG GT R at the Goodwood Festival of Speed. The next model to join the line up will be the AMG GT Roadster and a prototype has just been spotted.

Tobias Moers, Chairman Mercedes-AMG had earlier hinted that an open-top roadster based on the AMG GT was on cards. The latest spy shots acquired by CAR Magazine further confirm this.

So, the upcoming Mercedes-AMG GT Roadster will be based on the coupe and is expected to spawn a high-performance model as well. Moreover, we would probably see a roadster version of the AMG GT S with a 577 hp V8 engine. 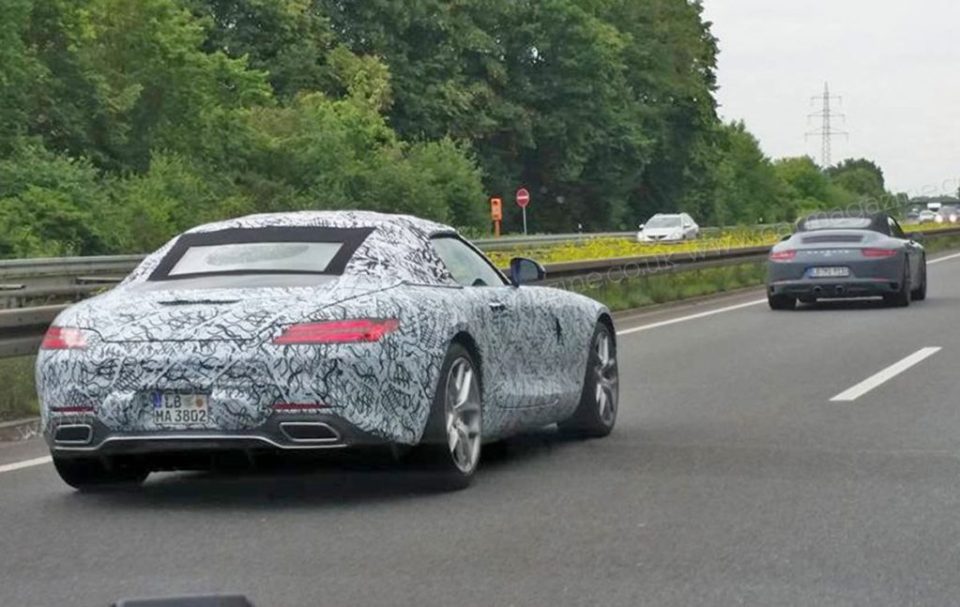 Mercedes has opted for a soft-top fabric roof instead of a heavy metal-folding top for the AMG GT Roadster. This would definitely help keep overall weight in check. Here, you can see an early prototype in company of a Porsche 911- its main rival in this segment.

As far as performance is concerned, the AMG GT Roadster should almost match the coupe’s acceleration times albeit with a deficit of a tenth or two. 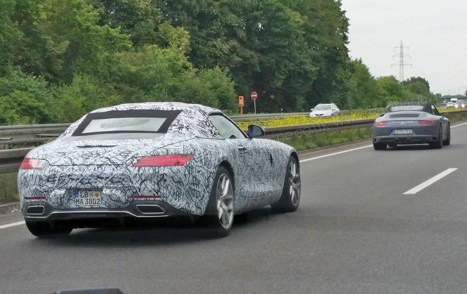 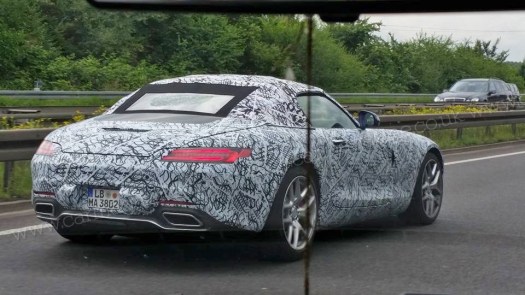