Aesthetically, the Huracan Performante Spyder looks similar to the coupe except for the removable soft top. It features the same aggressive looking body kit and of course that trick rear wing. 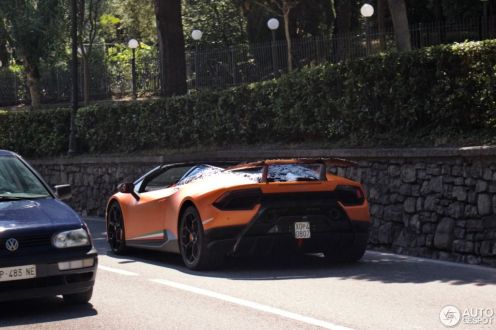 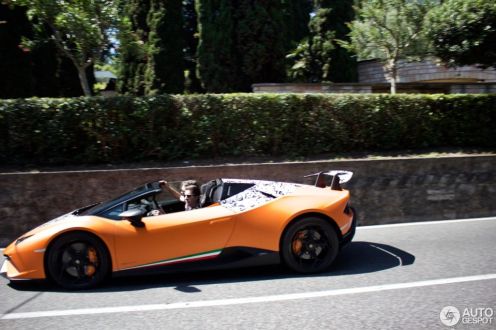 Lamborghini is set to launch a Huracan Performante Spyder soon. The drop-top has been spotted testing at the Nurburgring. Earlier, the supercar was first spotted while it was being put through its paces during winter.

The latest images come courtesy of CarJournalism clearly revealing the large fixed spoiler and tweaked bodywork. The Spyder version will get a folding soft top instead of heavy and complicated metal roof. 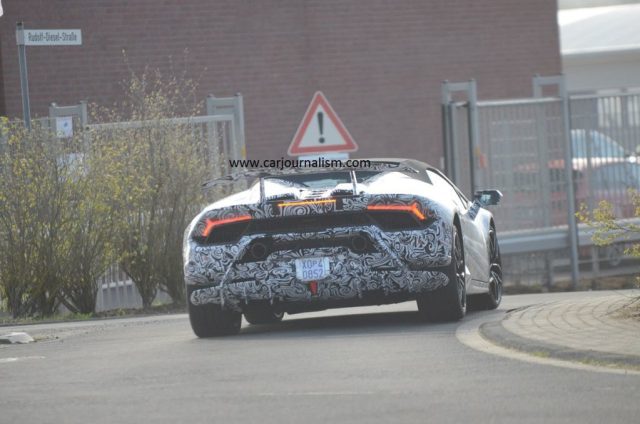 It will share the same revised underpinnings of the coupe along with the trick active aerodynamics that allows the coupe to set a record Nurburgring lap time. 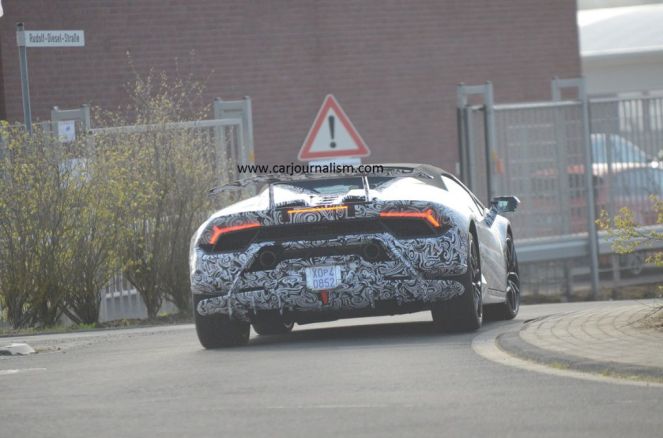 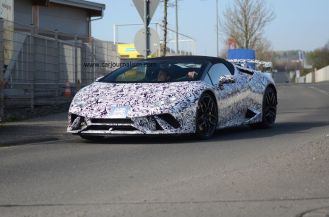 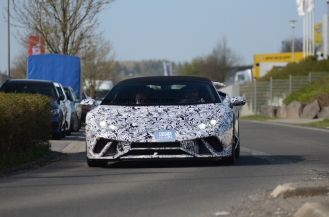 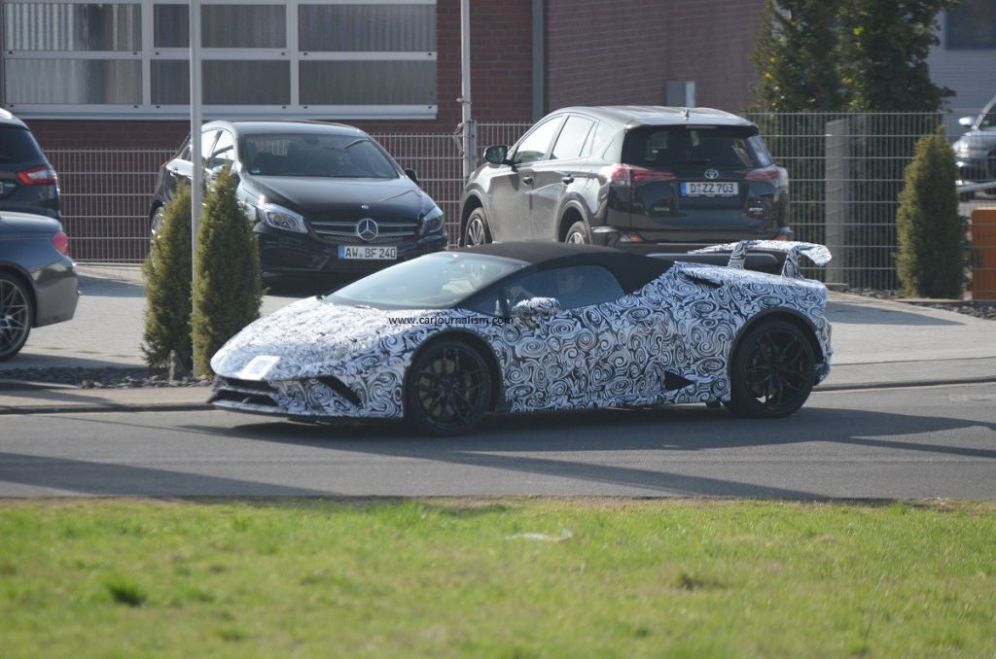 Lamborghini Huracan Performante Spyder has been spotted cold weather testing. Previously, a coupe version of the successor to the Gallardo Superleggera was spotted at the Nurburgring.

The supercar maker recently filed the name ‘Performante‘ with the European patent office. That’s the reason why we believe the hardcore version of the Huracan might get that name.

So, what changes are being made to the standard Huracan? 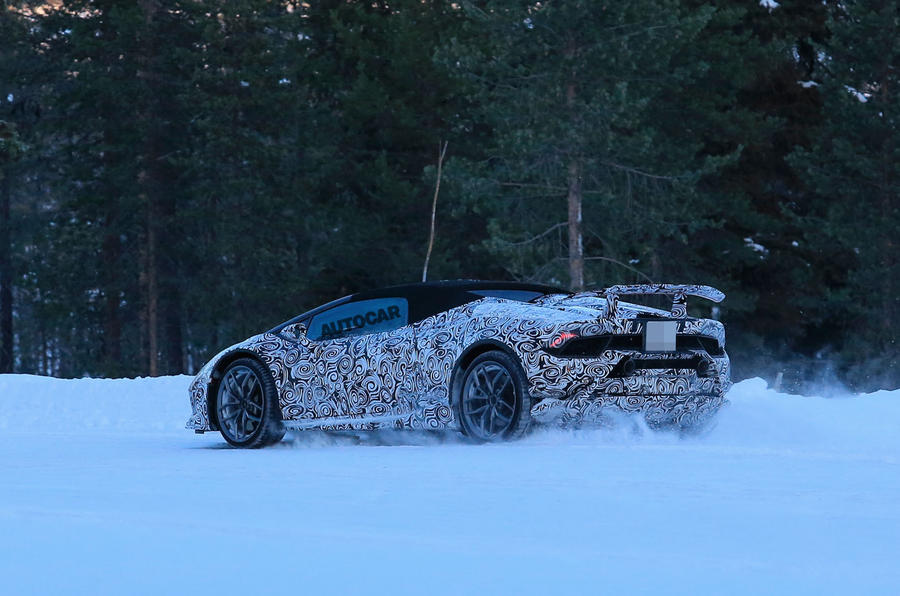 Firstly, we will see the use of carbon fiber aplenty both on the exterior as well as in certain structural components. Hence, thanks to the ultra-lightweight construction, the new Huracan Performante Spyder will be considerably lighter than the standard car.

It will adorn a new high-downforce bodykit comprising of a fixed rear wing and a revised front bumper and rear diffuser. A less restrictive exhaust is also planned. Meanwhile, the 5.2-liter V10 naturally-aspirated engine will receive new fuel-injection technology which should help in slight increments in performance.

The Lamborghini Huracan Performante Spyder will be launched at the 2017 Geneva Motor Show in March.