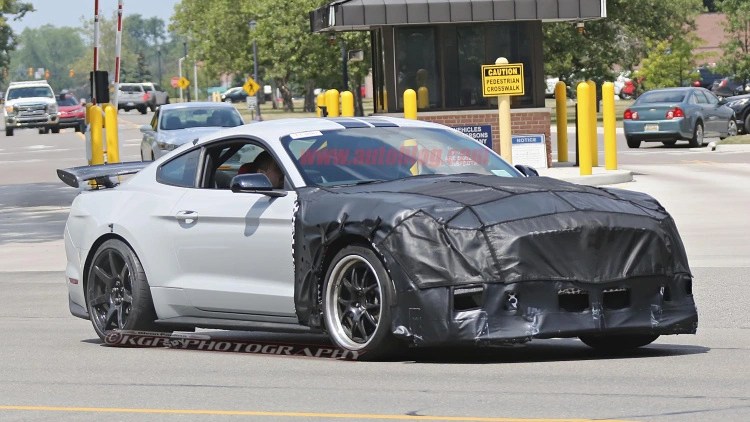 It looks like Ford is working on a more powerful version of the GT350. There’s a big chance that the car in front of you is a Shelby Mustang GT500.

It is hard to spot the details from the spy shots where the complete front end has been wrapped under heavy camouflage. However, the fact that Ford has gone to such great lengths to keep it hidden from prying eyes is a major give away. 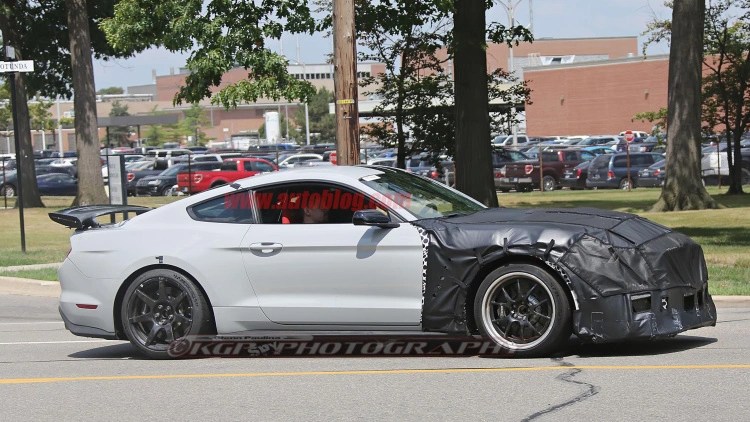 Clearly, there’s lot going on up front. We suspect it has massive ducts and a vented hood like the previous GT500. Another notable feature is the revised rear spoiler which is much larger than the one seen on the GT350R. 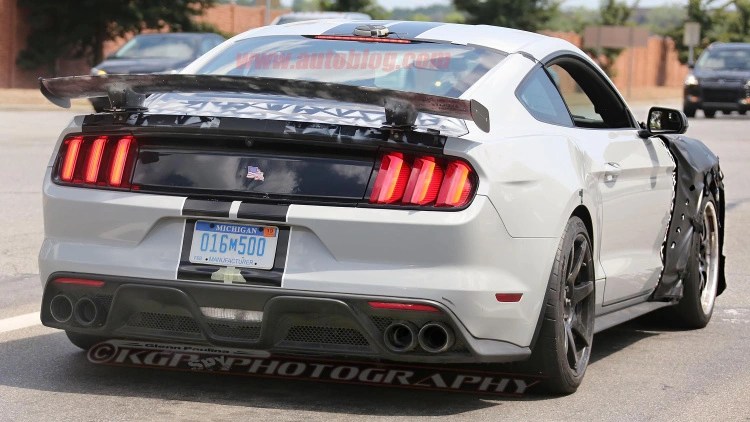 Furthermore, rumors about the new engine’s output are already the rounds. Some suggest, that the new GT500 would be a 750-plus horsepower muscle car ready to take on the Camaro ZL1 and the Challenger SRT Hellcat. 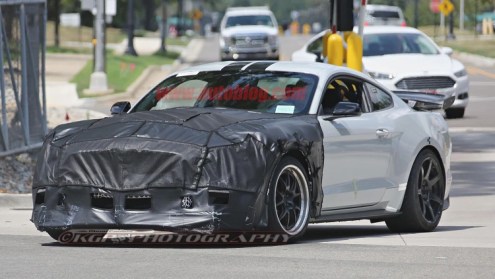 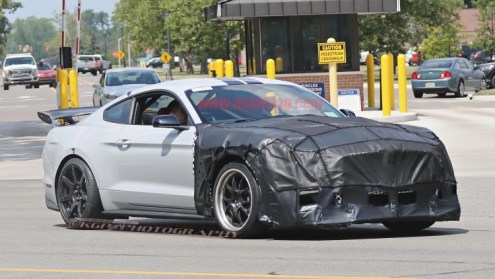 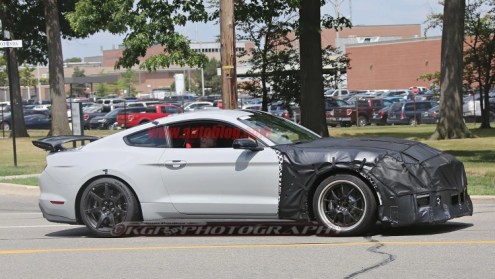 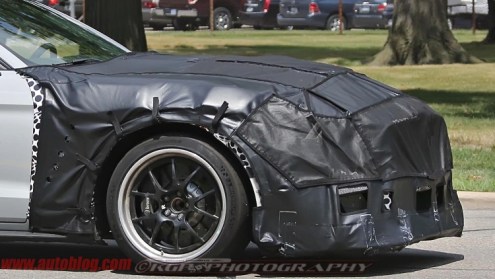 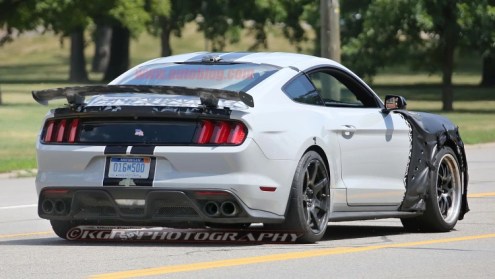 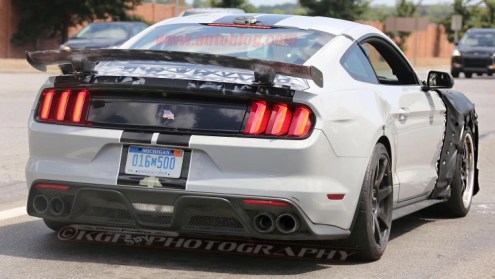