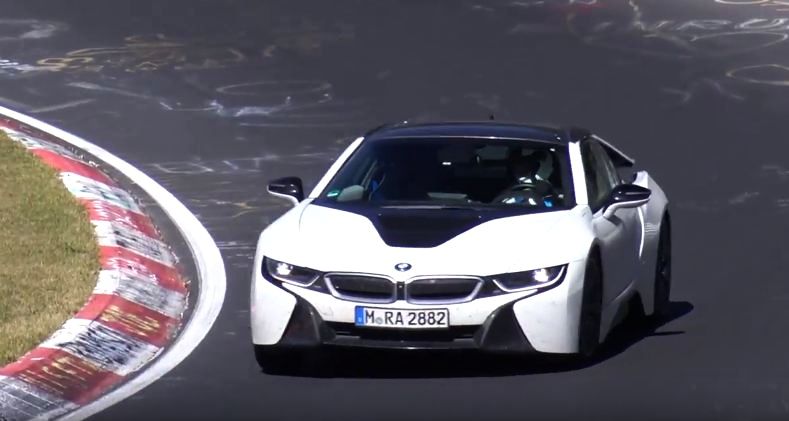 The first ever BMW i8 convertible / roadster / spyder was recently spotted at the Nurburgring. With the addition of a roadster, BMW plans to add a third model to their ‘i’ sub-brand.

The hybrid test car was first seen at the roadside fuel station at the Nurburgring which later went out on the track during the Industrypool session on Tuesday. 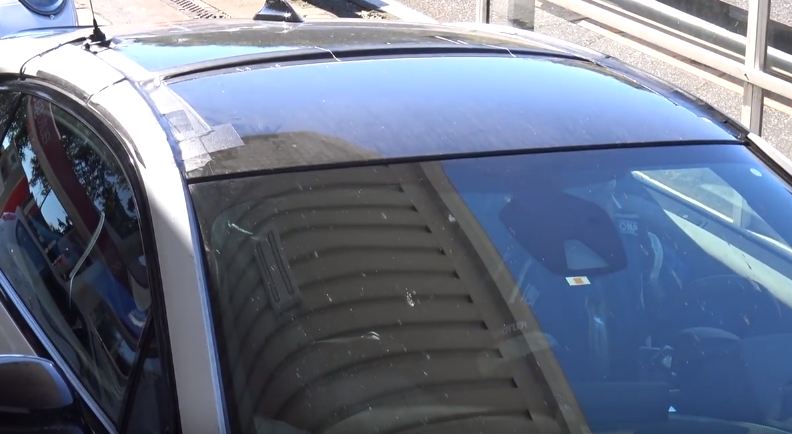 As far as the powertrain is concerned, the BMW i8 roadster will use a 3-cylinder turbocharged petrol engine coupled with electric motors; same as that of the coupe. Performance-wise the i8 roadster is expected to its couple sibling.

BMW i8 Convertible/ Roadster spotted at the Nurburgring: