The 2018 Chevrolet Corvette ZR1 is almost ready. The latest spy shots of what will be the last front-engine Corvette reveal a rather aggressive bodywork. It almost looks like the Corvette C7 R race car and that’s a good thing.

The prototype seen here is still wrapped in camouflage, however it does give us a good view of the aero package and the various intakes on the car. The 2018 ZR1 will be the most track-focused C7 to date and will boast a supercharged V8 engine topping out at around 700 hp.

You can find more spy shots by clicking on the link below.

More details about the new Chevrolet Corvette ZR1 have emerged that reveal some interesting changes made to the front-engine Corvette before it bows out.

The latest spy shots of the Corvette ZR1 reveal massive fixed rear spoiler which is part of a new aerodynamics package. It rides on a new set of star-shaped lightweight alloy wheels wrapped in sticky rubber.

The same 6.2-liter supercharged V8 engine in the Z06 will be on offer, however with added horsepower- about 700 hp, in fact. This means, the ZR1 will not just rival Ferrari but also a couple of localites- Mustang GT500 and Challenger Hellcat 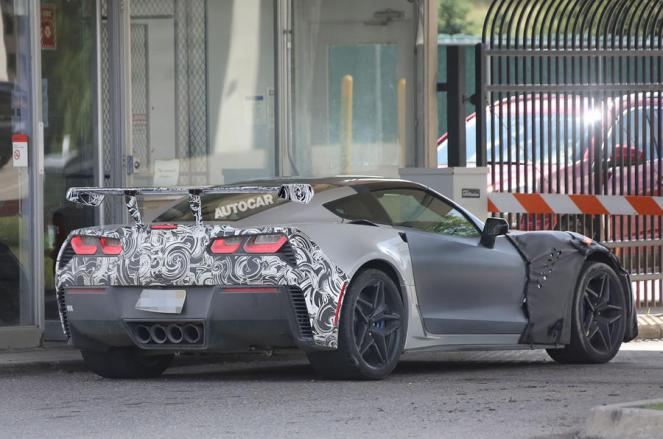 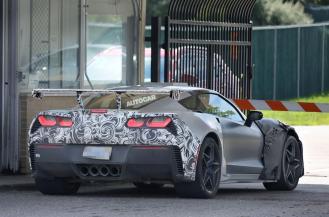 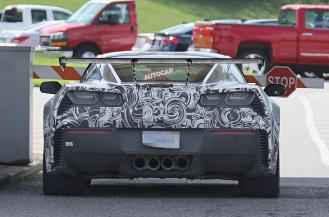 A Corvette prototype caught testing at GM’s proving grounds in Michigan is believed to be the 2018 Chevrolet Corvette ZR1. Ariel photographs of the test mule reveal telltale signs of a high performance Corvette hiding underneath the wraps.

America’s answer to the Ferrari F12

The 2018 Chevrolet Corvette ZR1 will be based around an aluminium spaceframe chassis. Composite body panels would further reduce its overall weight. It is expected to be powered by a forced induction V8 small block producing around 700-750 hp. The task of keeping this massive powerhouse in its operating temperature range would be assigned to a set of intercoolers. 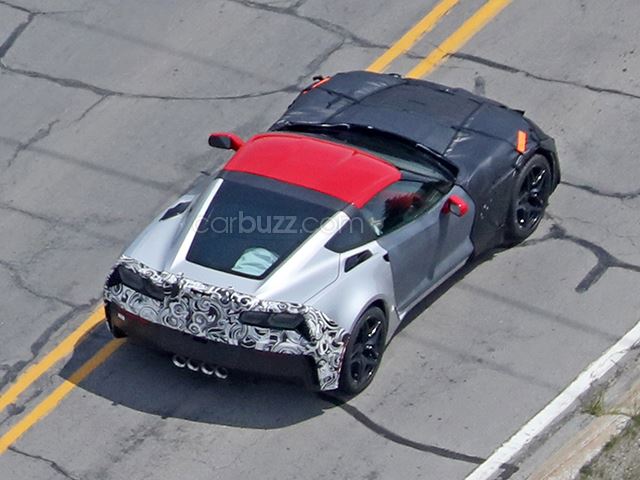 We can hence expect to see a revised front end with extra large vents under the camouflage. The new Corvette ZR1 will also feature updated brakes and a tweaked aerodynamic package. Note the two small spoiler mounting at the back- this where the redesigned wing will bolt on.

Moreover, the 2018 Corvette ZR1 will be available with a 7-speed manual transmission. A 10-speed automatic is also expected to be offered as an option. That said, it would be quite a task for the driver to keep over 700 hp and bucket loads of torque under check. 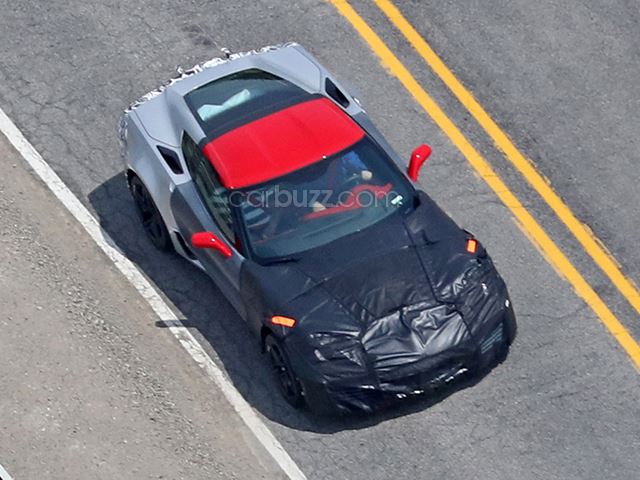 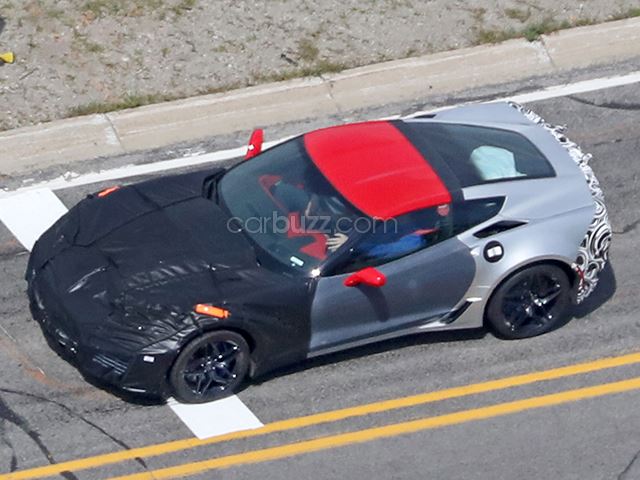 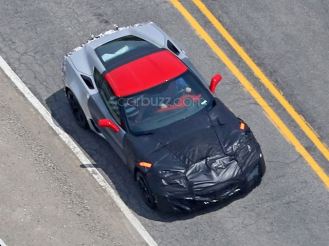 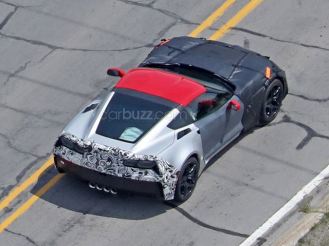