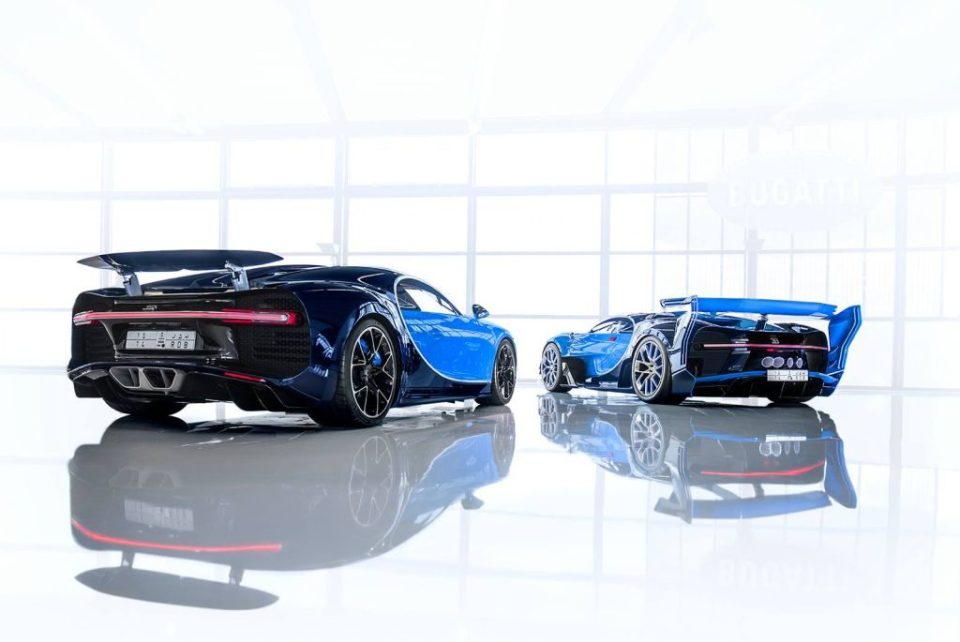 The Bugatti Chiron was the star of this year’s Geneva Motor Show. But long before Bugatti presented the Veyron replacement to the world, they revealed the Vision Gran Turismo concept car. Now, both the Chiron and the concept car have been sold to a Saudi collector.

The Bugatti Vision Gran Turismo concept was first showcased  at the 2015 Frankfurt Motor Show. It also featured in the Gran Turismo racing game on the Playstation 4. Unlike most concept cars, this was built as a completely working example. It also featured a massive rear spoiler which sadly didn’t make it on to the production-spec Chiron.

The Chiron was presented at the 2016 Geneva show was painted in shades of blue similar to the Vision Gran Turismo concept. Both hypercars will now reside together in Prince Badr bin Saud’s (Instagram user @b14’s) man cave.

We would probably never know the actual sum paid for the one-off concept car nor would we ever find out the cost of the Chiron show car. Now, the base price of a Chiron is $2.5 million. It definitely cost him more than that.