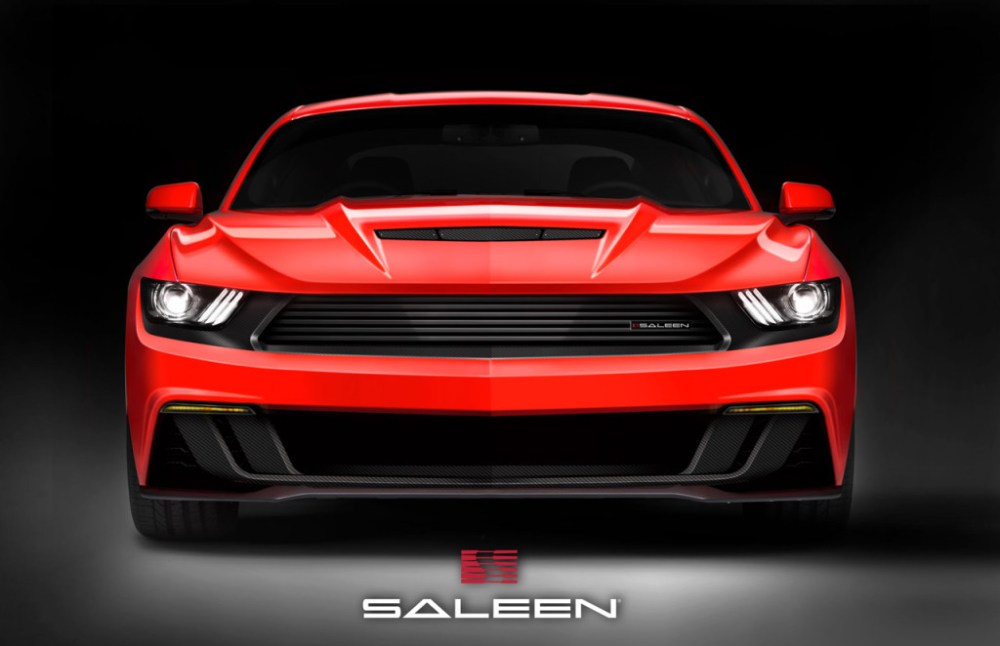 When the 2015 Ford Mustang was revealed to the world, I was stunned by its looks. Its exterior design was the most modern and yet true to its muscle car roots. If you look at its rivals, the new Mustang has a more chiseled, shapely appearance, fresh from a workout sort of. No more has it got the oversize chest and a disproportionate arse. So, while I thought it could get any better, Saleen made this- the Saleen Mustang S302.

It is a tuned muscle car from a company that has a long history of creating exclusive, custom Mustangs. The S302 is their latest creation which is based on the brand new 2015 Ford Mustang. The company plans to launch a global campaign soon, but until then, all we have is this picture sent by Saleen. The image shows a more linear design being adopted with the famous slatted Saleen grille and bumper inserts that add a sense of width to the visual package. The hood has been redesigned to accommodate a hood-scoop which certainly makes for a mean looking feature. I also like the slim LED turning lights housed in the lower bumper.

Meanwhile, the official statement released by Saleen read, “We feel this latest Saleen mustang model is perfectly positioned as the next American exotic, campaigning on the world stage. As a first look, the final features and specifications of the 2015 S302 Mustang will be released as our unveiling and production draws nearer.” Likewise, we’ll keep you apprised of the developments with Saleen’s first custom 2015 Ford Mustang as they happen.”