The manufacturer is struggling to sell the Acura NSX these days. But rumors suggest that the Honda isn’t ready to give up and is working on an Acura NSX Type R.

The Acura NSX is a remarkable sports car. Yes, the cabin isn’t in the same league as its competition. Hey, that gives us the perfect opportunity to lead you back to one of our recent posts on the 2019 NSX being offered with a $20,000 discount! Anyway, sales haven’t been good enough for the ambitious second-gen Honda sports car. And now we are hearing rumors of the company being busy at work, firing on all cylinders to bring out a more fast and furious version of the machine – an Acura NSX Type R.

In an article published on Forbes, the contributing writer’s source has given him info on Honda/Acura lining up a hot surprise for everyone at the 46th Tokyo Motor Show scheduled to be held in October this year. He claims that it’s a flagship Type R variant of the NSX which is being readied for a global debut.

Moving to the technical department, the article states that the power will be increased to around 650 hp thereby making the NSX a more aggressive contender in the supercar market. The power boost will also lead to a significant improvement in the torque figure, which is not mentioned in the write-up though. 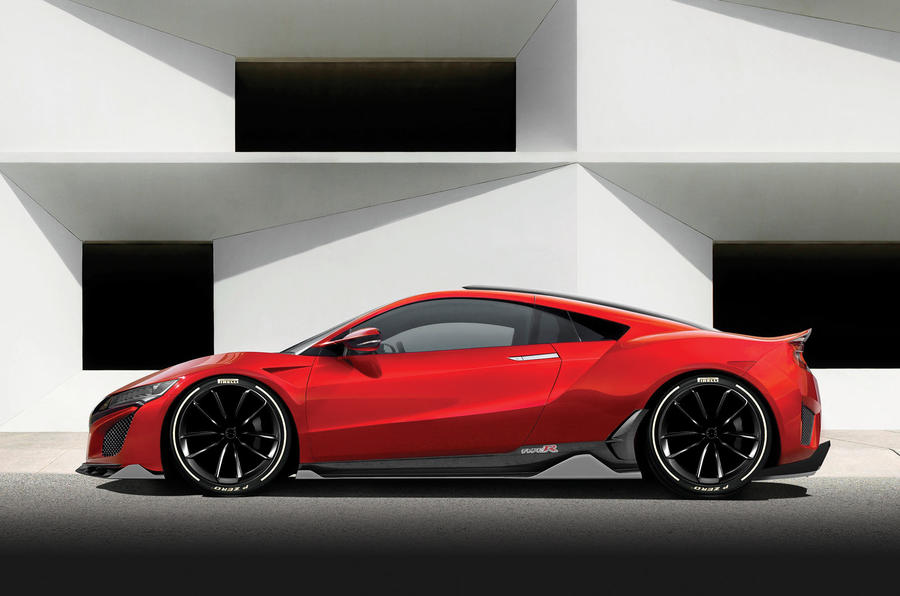 In addition to the aforementioned changes, the Acura NSX Type R will pack both mechanical and aero upgrades needed to harness and manage the revised output. A stiffer suspension setup, carbon-ceramic brakes and a massive rear wing inspired by the one on the back of the NSX-GT racing car are some of the major elements to be included in the Type R variant.

After all these are bolted on, the price tag will most likely reach the $200,000 mark. That’s quite close to the finest supercar and grand tourer offerings from Italy and Europe. If they somehow manage to give the interior a premium, upmarket feel along with all the performance upgrades, the Acura NSX Type R will indeed become a worthy challenger in the segment.