The Rolls-Royce Wraith Eagle VII Collection Car will be unveiled at the Concorso d’Eleganza Villa d’Este on the shores of Lake Como.

Inspired by the world’s first non-stop transatlantic flight which took place in June of 1919 with Alcock and Brown on board, the world’s foremost luxury carmaker has released the first batch of images of the ultra-exclusive Rolls-Royce Wraith Eagle VII Collection Car. Scheduled to be unveiled during May 24-26 at the Concorso d’Eleganza Villa d’Este on the shores of Lake Como, the Wraith Eagle VII is an homage to one of the pivotal moments of the 20th century. 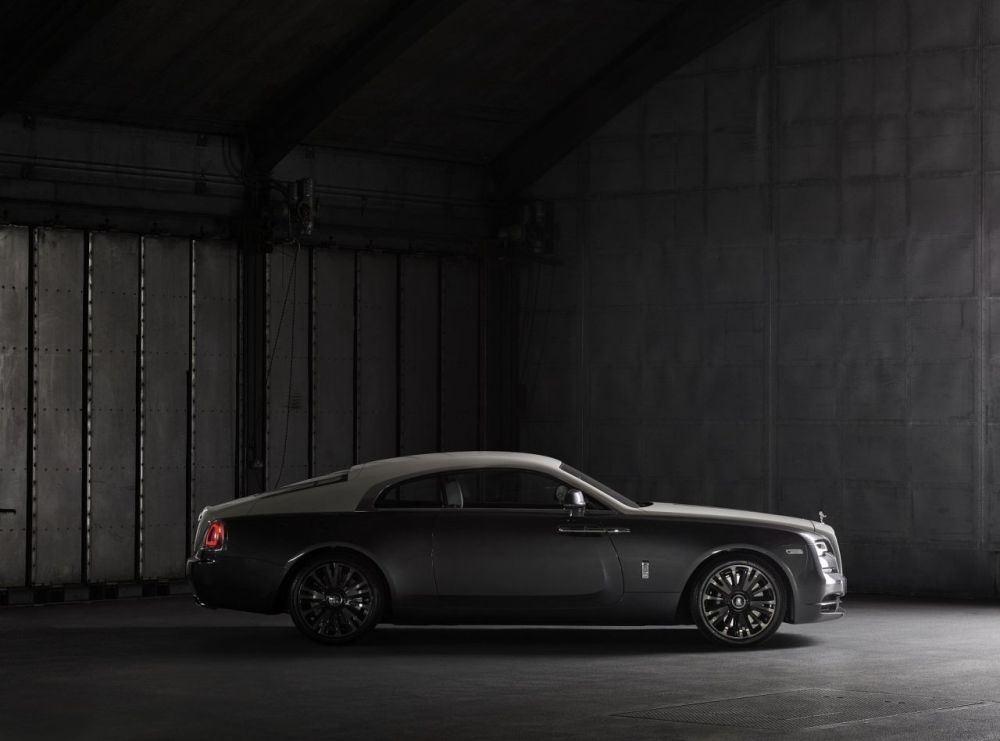 The number in the name is a nod to the 350 hp Rolls-Royce VII engines which powered the modified World War Vickers Vimy bomber aircraft used to accomplish this monumental feat. Taking off from St. John’s Newfoundland, the pilots faced numerous hurdles including a complete failure of radio and navigation before landing at their final destination at the coast of Ireland. The duo had to rely on the old-school “fly by the stars” method to find their way during the night-time flight.

Let’s talk about the car now. Created by the designers, engineers and craftsmen of extraordinary skills at the Bespoke Collective at the Home of Rolls-Royce in Goodwood, West Sussex, the Wraith Eagle VII is both an homage to heroes and a protagonist to today’s visionaries. 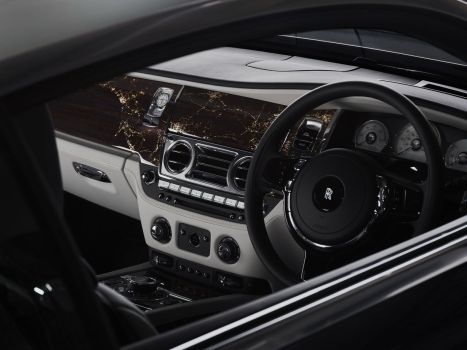 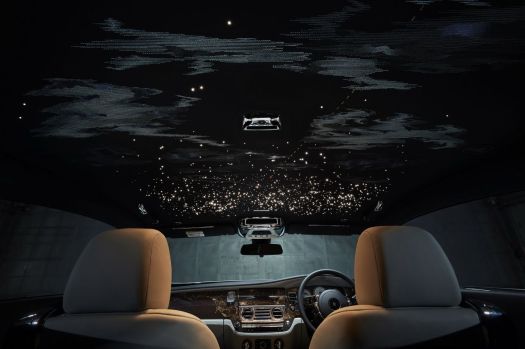 Painted in Gunmetal with a Selby Grey upper two-tone, the tribute Rolls-Royce Wraith features black grille vanes reminiscent of the engine cowling on the Vickers bomber. Wheels in a polished shadow finish complement the exterior aesthetic.

The interior is a true spiritual extension of the exterior with Selby Grey, black leather and brass accents, in particular, reminding the occupants of the sextant used by the pilots in their voyage. Brass speaker covers with “1,880” lettering denote the estimated flight distance. What stands out as the Wraith Eagle VIII crown jewel is 1,183 starlight fiber-laden ambient lighting which accurately replicates the celestial alignment at the time of flight in 1919.

Sir Winston Churchill famous quote on the historic flight has been featured in brass on the driver door, “I do not know what we should most admire – their audacity, determination, skill, science, their aeroplane, their Rolls-Royce engines, or their good fortune.”

The pricing hasn’t been announced yet.