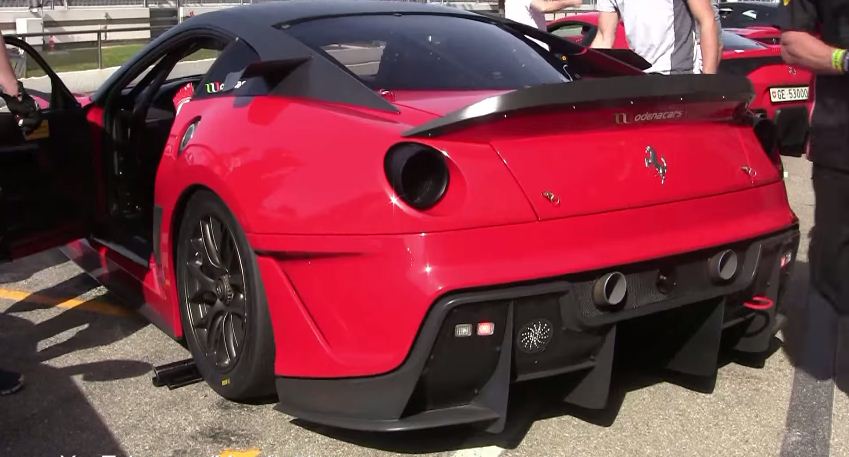 The Ferrari 599XX is a specially built race version of the 599 GTB. It bears the same naturally aspirated V12 engine under the mostly carbon fiber exterior and is built in limited numbers only for private owners. It is a part of the Ferrari Corse Clienti where in customers can buy a 599XX and then drive it at private track days organized by Ferrari.

That’s a rather simplified explanation of what Ferrari Corse Clienti has to offer. That said, how about you get a chance to ride shotgun in this track monster? Well, Marchettino was among the lucky few who have now experienced the ferocity of the Ferrari 599XX.

At the helm of the beast was ex-F1 driver René Arnoux who apparently was not in a mood for just cruising around Paul Ricard- which is great since now you can hear the monstrous V12 at full chat.

Riding shotgun in a Ferrari 599XX at Paul Ricard: