When the LaFerrari was launched in 2013, it was the brand’s most ambitious car to date, the finest expression of the brands’s technical capabilities in F1. The hypercar featured a 6.3-liter naturally-aspirated V12 powerplant generating a maximum power output of 789 hp and 516 lb-ft of torque. The combustion engine was supplemented by a 161 hp KERS unit (called HY-KERS) to provide bursts of extra power.

The combined output of 950 hp and 664 lb-ft of torque helped the car accelerate from a standstill to 100 km/h (62 mph) in 2.4 seconds. That kind of performance should be enough for a race car driver let alone a “normal person.” As it turns out, someone in the Middle East feels their LaFerrari is a little slow and asked tuning company RevoZport to create a one-off kit that enhances the hypercar’s spellbinding track credentials. 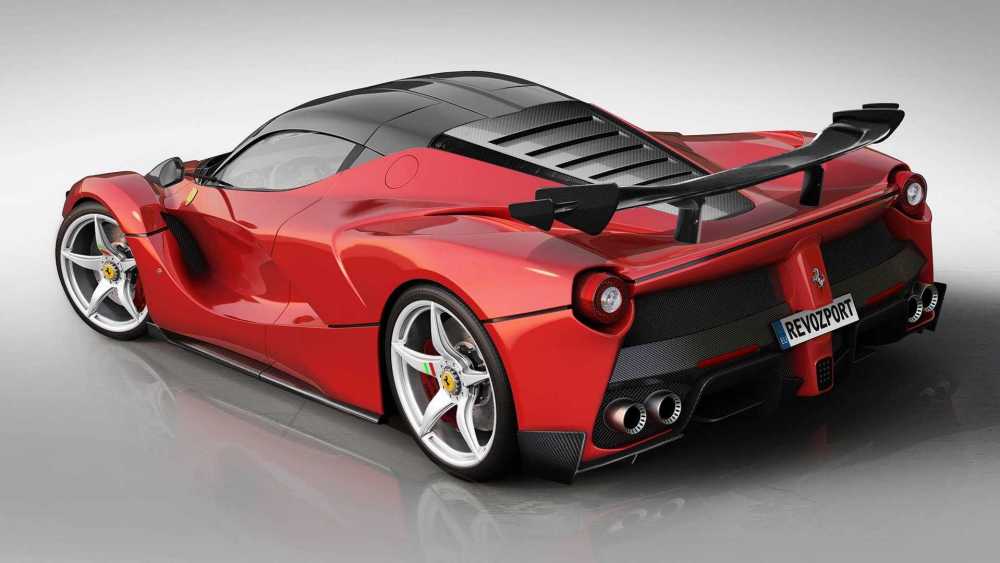 RevoZport has mainly worked on the aerodynamics of the car while making sure the aesthetics aren’t ruined. The one-off ” Revoluzion” kit is a combination of a number of additional components that result in increased downforce and minimized drag. Among the newly installed components is a new vented engine cover, extended double bladed rear wing, rear upper bumper cover with lower diffuser, vented side skirts, front bumper canards and splitter and carbon fiber mirror covers. The tuner also installed bigger intakes for better cooling of the mighty V12. All the components have been finished in black carbon fiber to compliment the Ferrari red.

To our eyes, the end result is a fantastic looking hypercar except for, if we may, the big rear wing. But, who are we to judge if the customer likes it. According to the tuner, the newly installed kit has exceeded the customer’s expectations. There is no info on how much the custom made kit costs but it may be available for other LaFerrari owners as well. So, if you own a LaFerrari and want to shave a few seconds off your lap times, RevoZport may be able to hook you up with the Revoluzion kit.