A rental Lamborghini Huracan Spyder was wrecked Birmingham on Monday afternoon. A 25-year old was at the wheel of the supercar when he crashed into two cars and a lamp post.

The accident took place on Garrison Lane in Bordesley Green area of Birmingham at around 1.20 pm. Fire department personnel who rushed to the scene of the accident told reporters than the Lamborghini collided with car before hitting a lamp post. The supercar then hit another car that was parked in a driveway. 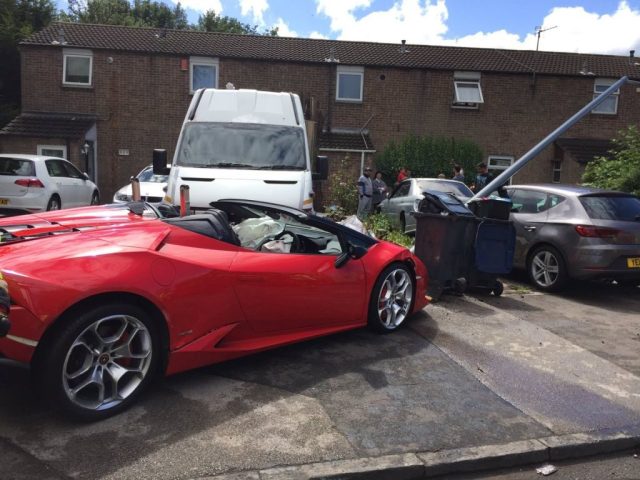 The rental Lamborghini suffered substantial damage to its front bumper, bonnet and fenders while one of the rear wheels seems to taken a big hit.

According to West Midlands Ambulance Service, the driver was hurt in the accident but refused to go to the hospital.