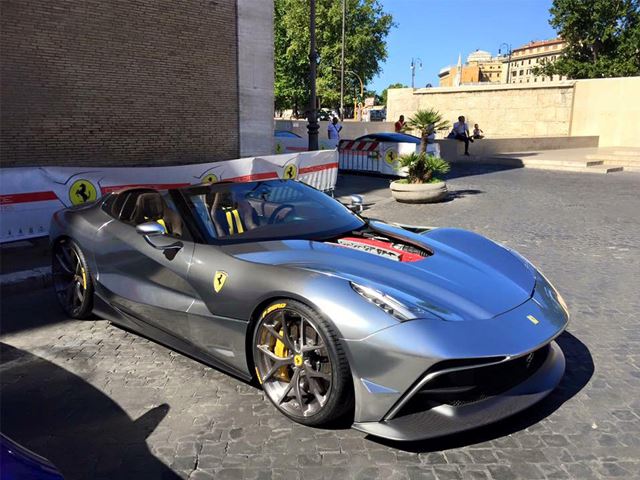 If you think the Lamborghini Veneno is the coolest supercar on the planet, think again. Because, this Ferrari F12 TRS would certainly rank high up among the coolest of the lot. Like the Veneno, the F12 TRS is extremely rare – only three have been built out of which the first one was showcased last year. This is the second F12 TRS ever to be spotted and it looks magnificent in silver chrome. 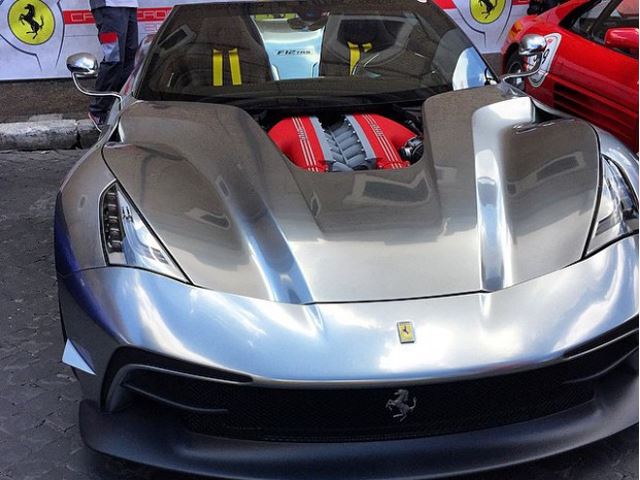 Now, you have to be ultra-wealthy and a dedicated Ferrari fanatic to ever own an exclusive Ferrari like the F12 TRS. The model featured here was spotted in Rome recently and if you look closely, it has a slightly different face compared to the red example that was showcased to the public- which makes it a one-off. The front-mid mounted, naturally aspirated V12 can be clearly seen through the sculpted hood, headlights and the lower front fascia has been reworked as well. 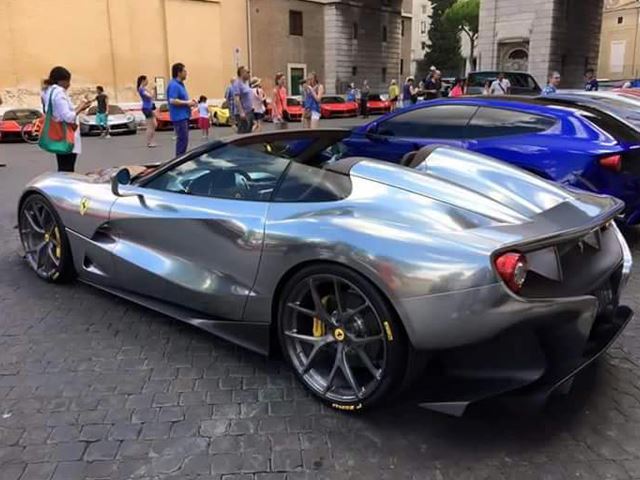 The mirror pods are completely new on this one and so is the rear diffuser design. Unique to this car, is center-mounted exhaust that sticks out of the expensive carbon fiber bodywork. One of the striking features on the Ferrari F12 TRS is the chopped roof. The engine that powers it is a 6.3-liter V12 from the standard F12 which kicks out 729 hp and 508 lb-ft of torque. 0-60 is over in 3.1 sec and given enough room, it can hit 211 mph. It would have cost this owner $4.2 million.