A rare Ferrari 599 GTB Alonso Edition crashed in Munich, Germany earlier this week. Unfortunately, the car is beyond repair and is likely to be total write off.

The 599 GTB 60F1, also known as the Alonso Edition was launched to celebrate Ferrari’s 60th anniversary of winning an F1 race. 60 years later, it was Fernando Alonso who won the race for the Scuderia in 2011. 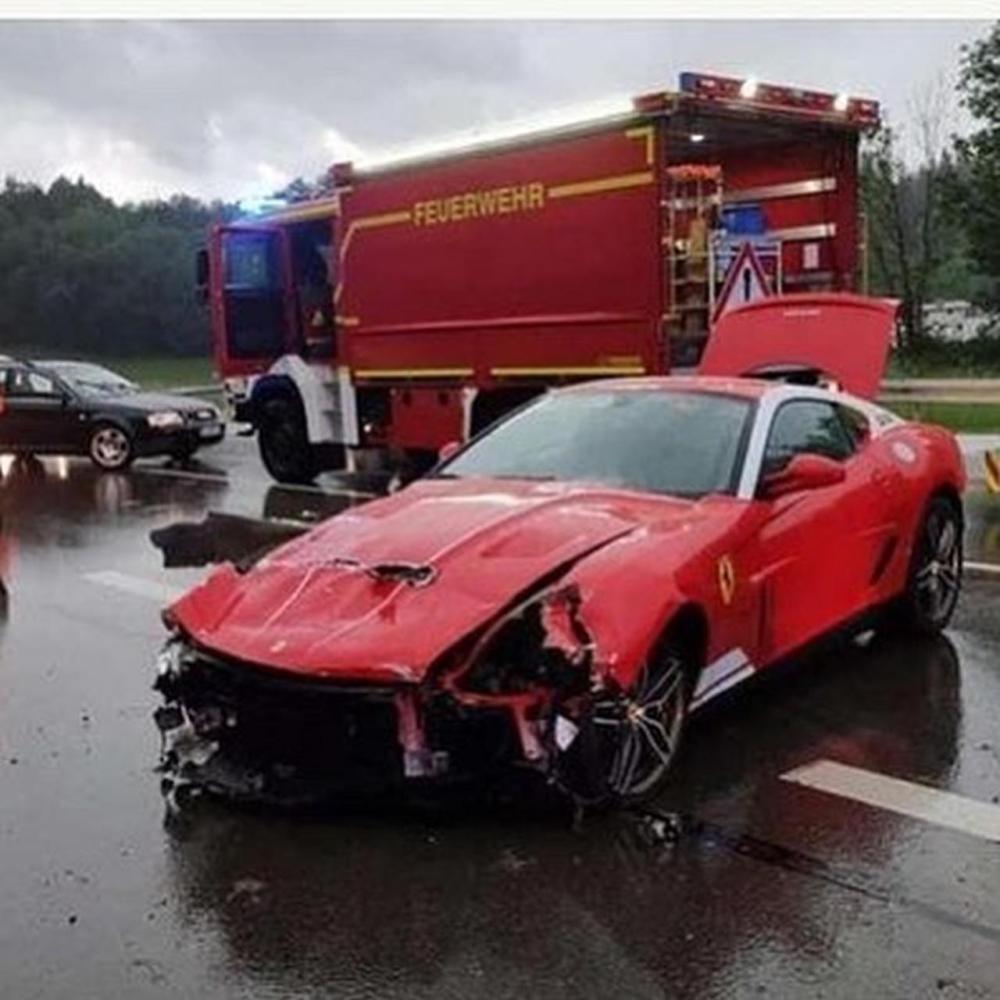 This special car was finished in a two-tone exterior inspired by the F1 livery of its time. It had Scuderia Ferrari shields on the front fenders, a rear spoiler and 20-inch diamond-cut wheels. The interior was wrapped in Alcantara and each car was signed by Froilan Gonzalez and Fernando Alonso.

Only 40 examples of the Alonso Edition were produced and therefore, the car commands quite a high price in today’s market.