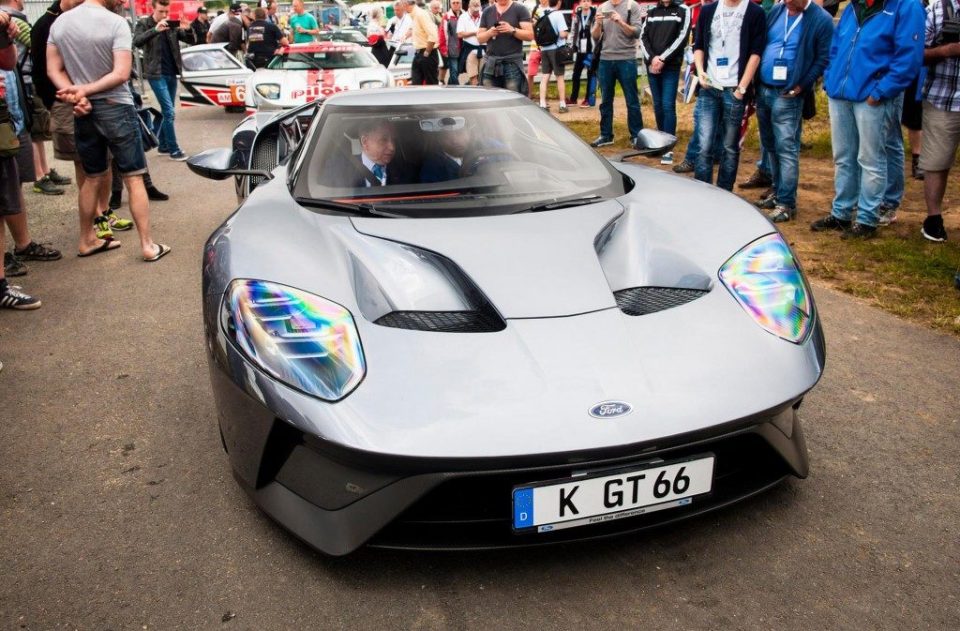 Ford clinched the prestigious Le Mans 24 Hours title on the 50th anniversary of their win over Ferrari back in 1964. So, while the racing Ford GTs were making headlines on the track, a production-spec Ford GT turned up on scene.

The new Ford GT in production guise took part in an all-Ford parade to commemorate the 50th anniversary of their win. The new latest supercar was joined by the historic Ford GT40s that won Le Mans four times back in 1960s.

It was the first time a production-spec Ford GT was put on display. As product chief Raj Nair drove out the new GT, a crowd gathered to have a look at the latest supercar. Given the fact that only 250 units will produced in the next two years, the Ford GT will be a rare spot.

In production guise, it looks very much similar to the concept that was first showcased at the Detroit Auto Show. Under the carbon fiber skin is a 3.5-liter V6 twin-turbocharged engine that makes 630 hp and 539 lb-ft. With prices starting at $450,000 Ford has the Lamborghini Aventador in its sights.