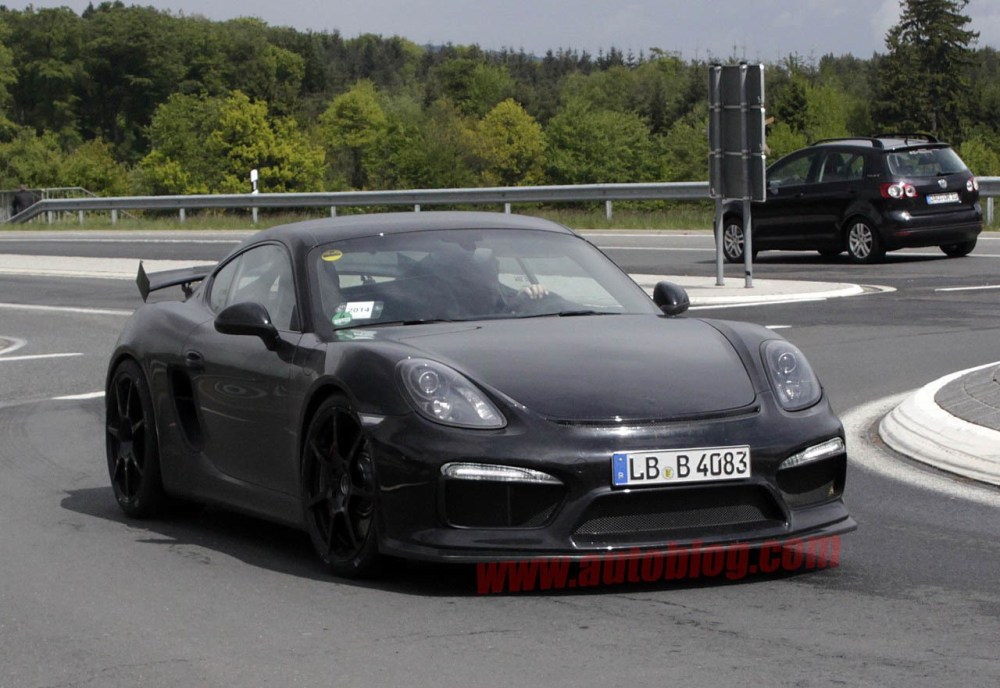 Porsche is tested a new sportier prototype of the mid-engined Cayman. Dubbed the Cayman GT4, the new Porsche was spotted testing at the Nurburgring. In the recent past, Porsche had launched the Cayman GTS and this new GT4 version will be the most hardcore Cayman to date, designed on the same lines as the Porsche 911 GT3. The pre-production prototype spotted at the Ring boasted of various aerodynamic upgrades that gave it away as anything but a standard Cayman.

The front of the car features a wide profile and a splitter for better stability. The front bumper is sort of like the one seen on the current GT3. Large alloy wheels and upgraded brakes should be offered as standard. The rear deck lid gets a fixed spoiler for added downforce. A small lip spoiler should further improve cornering as well. The rear bumpers have been tweaked by incorporating a diffuser element. 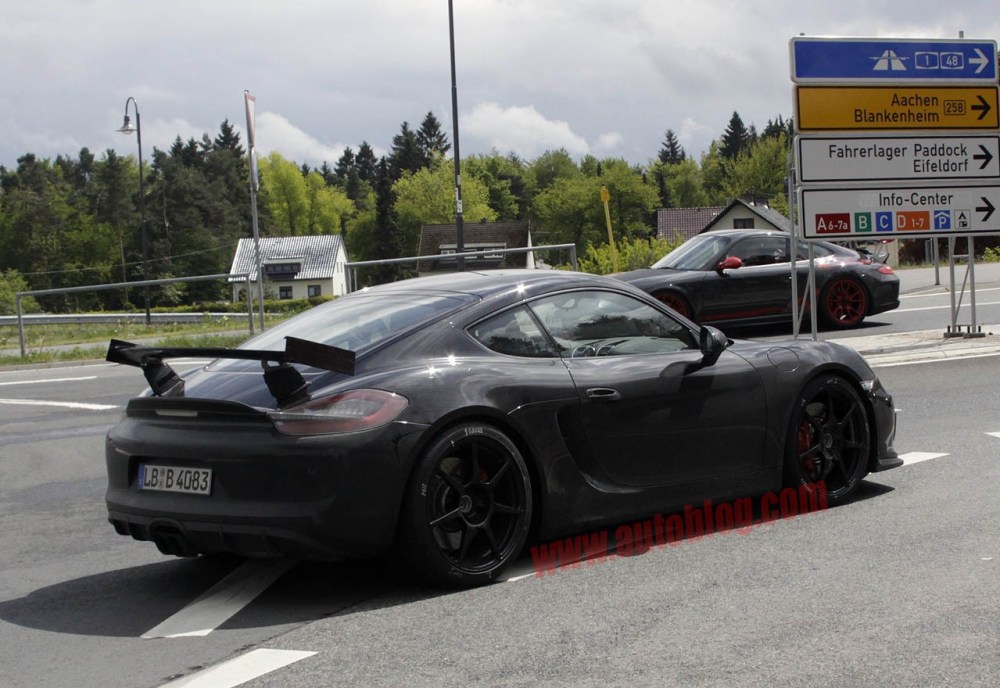 The new track-focused Cayman is expected to be lighter and more agile. Being a mid-engined car, the Cayman is one of the best handling sports car around and while, details about the new powerplant that resides under the skin are not known, we can expect a substantial bump in performance figures. The interior too could be more sporty and stripped out for reduced weight. The new Cayman GT4 will slot under the current GT3, as far the price in concerned. That said, Porsche is known their fairly expensive options list which could make it a pricey affair.