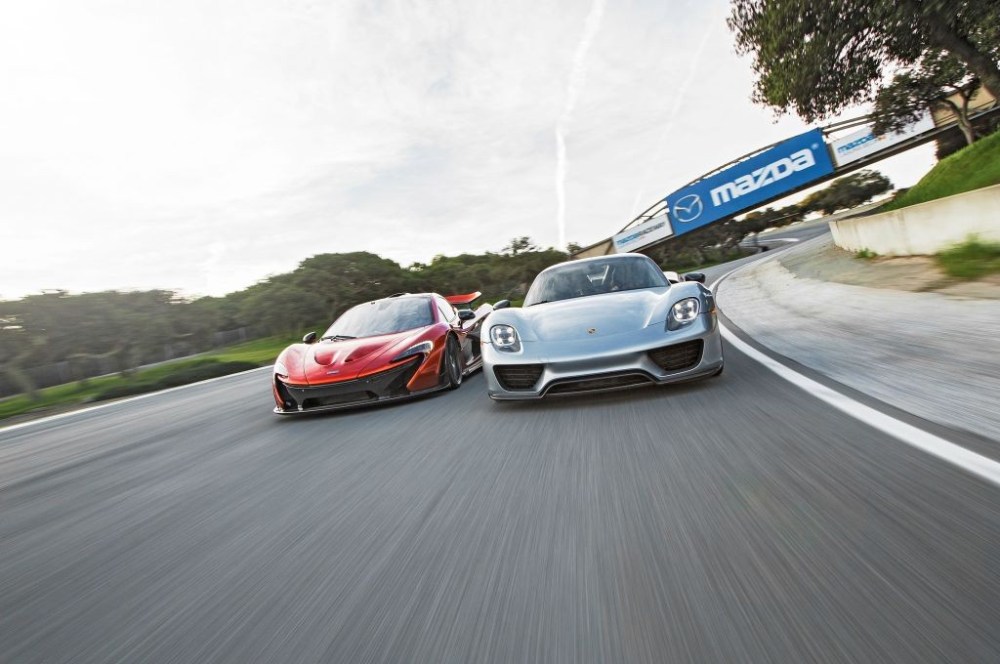 Motor Trend got the chance to drive a Porsche 918 Spyder and Mclaren P1 back to back at Laguna Seca. Now, this test should answer a lot of questions, including which of two hybrid supercars in faster around this circuit. Thanks to latest telemetry gear, the team could monitor each car’s performance around the twisty Californian track. It also helped generate some rather complicated graphs comparing their speed around the race track. 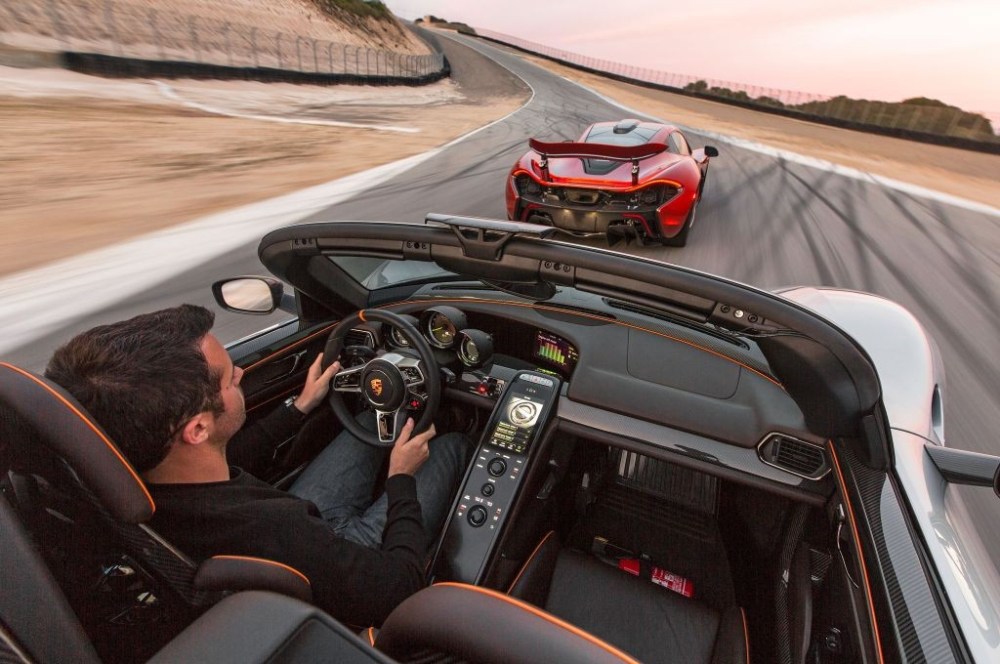 Now, before I tell you the actual test results, here is a low down on the supercars in question. A 3.8-liter twin-turbo V8 sits in the belly of the Mclaren P1 along with an electric motor and battery set that produce a combined output of 904 hp and 664 lb-ft of torque. The suspension system is particularly brilliant on this car with hydraulic chassis control and a lot of other complicated bits n bobs. The Mclaren has also got an F1-inspired i-Pass or energy recovery and boost system for instant torque delivery. 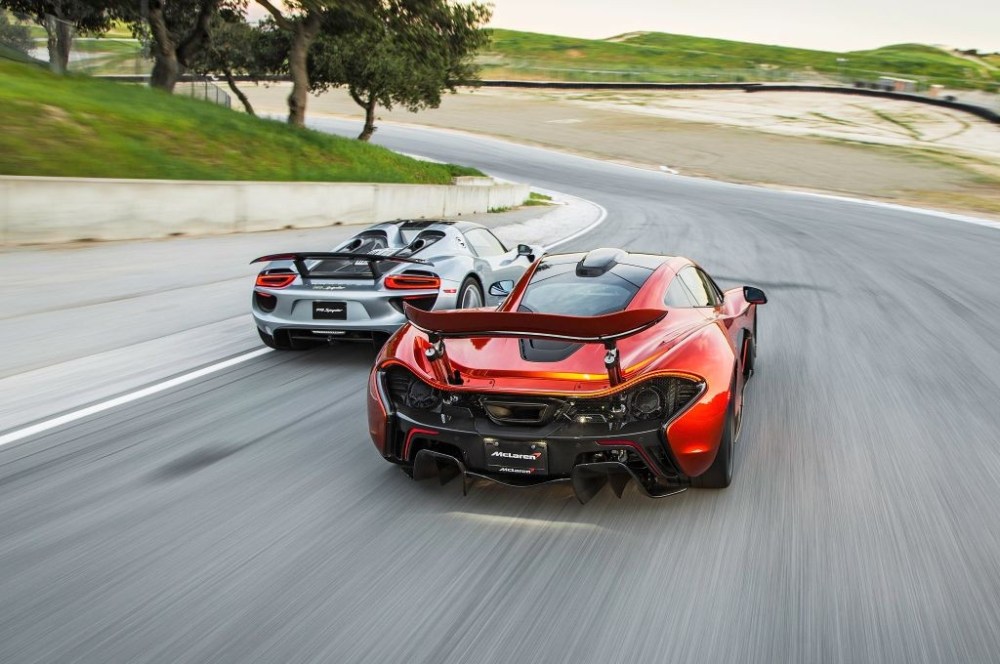 The Porsche 918 Spyder is essentially an all-wheel drive open-top supercar with two electric motors at each axle and a 4.6-liter V8 engine, that together produce 887 hp and 944 lb-ft of torque. On paper, the Mclaren is more powerful than the Porsche but the P1 has less torque than the latter. Also, the Porsche has all-wheel drive which gives it a clear grip advantage. 0-60 mph in the Mclaren P1 is over in 2.6 sec, while the Porsche manages the same in 2.4 sec.

Now, what the Motor Trend team found out is that despite being the heavier of the two, the Porsche 918 Spyder was quicker around Laguna Seca. Not by much, but faster nevertheless. It completed the lap in 1 min 29.89 sec while the P1 went around in 1 min 30.71 sec. So, there you have it. Porsche 918 Spyder is faster than the Mclaren P1. Crucially, it also costs less than its rival. 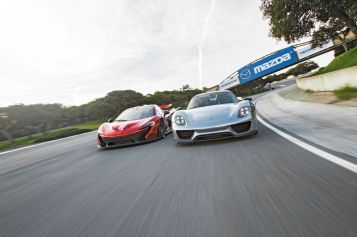 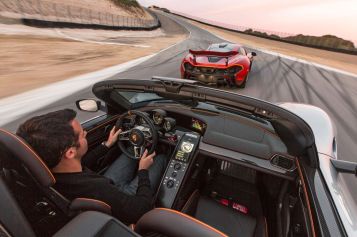 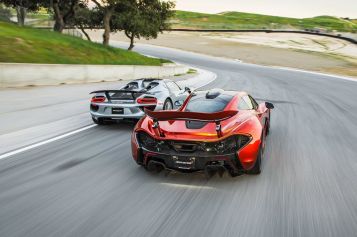 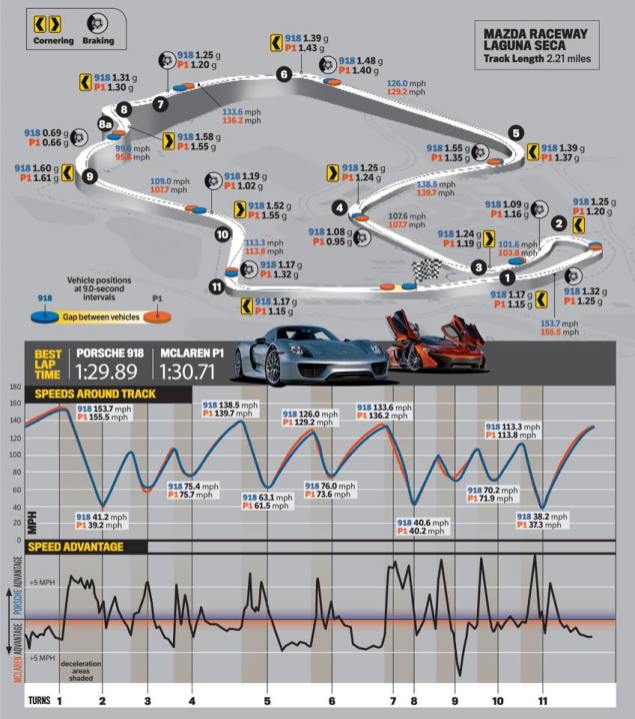