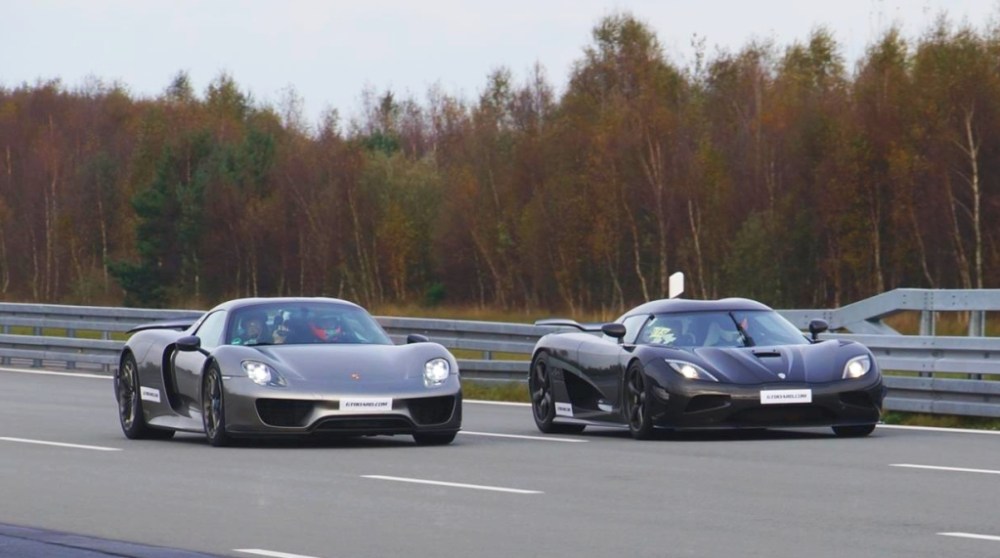 These are two of the world’s most talked about supercars. One is product of Porsche from Germany, while the other hails from Sweden. The Porsche 918 Spyder Weissach Package is rather new compared to the Koenigsegg Agera R, but the latter packs too much power for the Porsche to keep up. A drag race between the two supercars is good for Youtube, but there’s actually no point pitting the two against each other.

The Porsche 918 Spyder is an all-wheel drive hybrid machine with a 4.6-liter V8 engine producing 887 hp. The Agera R, on the other hand puts out a meaty 1140 hp from its 5.0-liter twin-turbocharged V8 engine and a super lightweight body. Of course, the Koenigsegg is rear-wheel drive only and hence the rolling start.