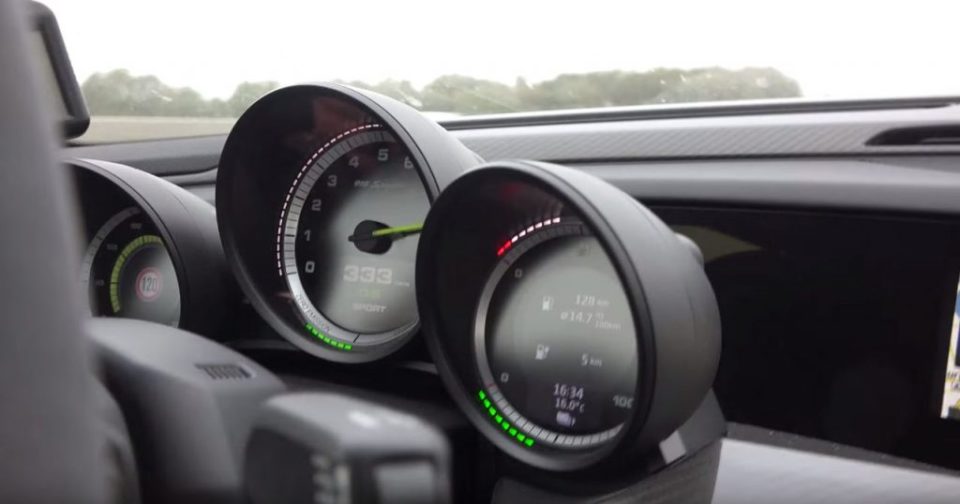 The answer is big NO. It is quite obvious especially when you’re up against one of the world’s fastest production cars. But, when you’re on a German autobahn with no speed limits, a short 200 mph sprint is all that you need to spice up the journey.

The following video was shot by the person sitting in the passenger seat of the Porsche 918 Spyder. You can clearly hear the driver revving the hell out of the 4.6-liter V8 engine on the 918. That’s when the Koenigsegg Agera R with 1140 hp twin-turbo V8 just cruises by and disappears into the distance. The Porsche tries to catch up, but even at speeds reaching 218 mph, the Agera R is long gone.

So, the Porsche 918 is clearly at a disadvantage when it comes pure horsepower. With 887 hp on the Porsche, the Agera R has 253 hp more at its disposal. Looking at this video it is clear how quick these modern hypercars really are. The Porsche 918 is fast car, but it ain’t fast enough to beat the Swede.

PS: The Porsche’s dash is displaying a speed limit of 120 kph which is the “recommended” speed for this bit of the highway, but exceeding it isn’t a crime since it’s an unrestricted stretch of the Autobahn.

Porsche 918 chases down a Koenigsegg Agera R on Autobahn