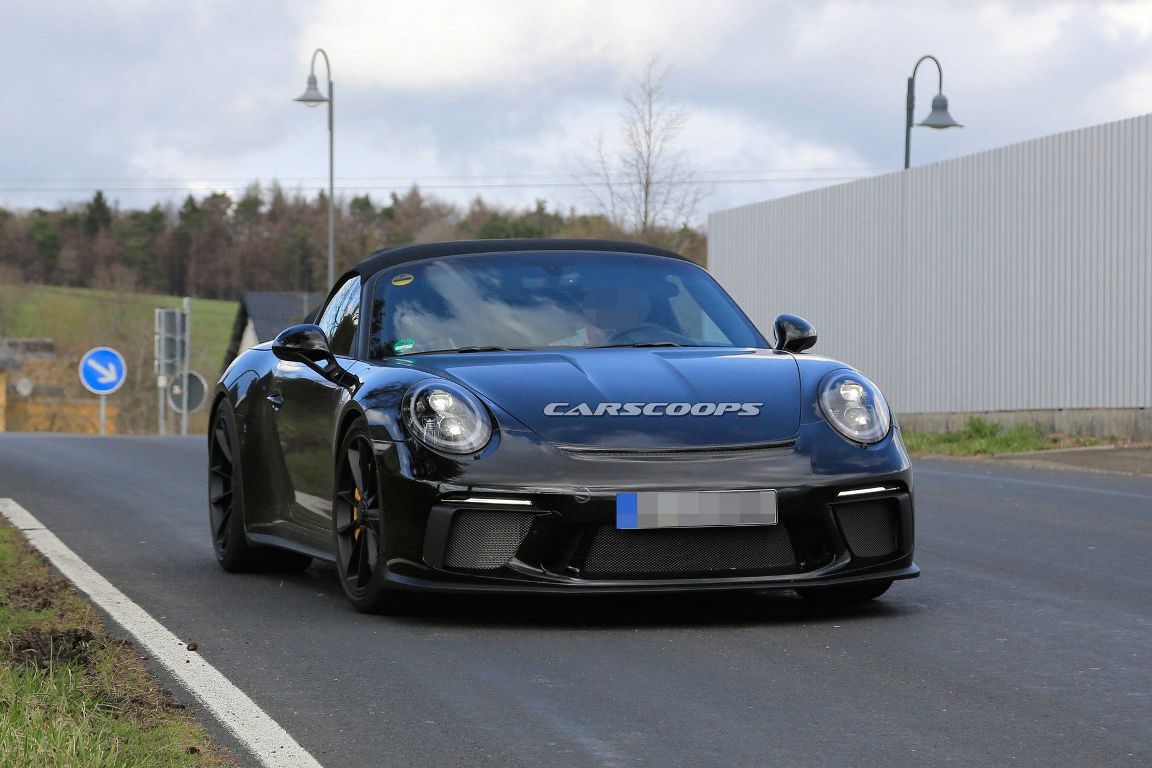 The last iteration of the current generation 911, the Porsche 911 Speedster, is coming soon, very soon.

There were rumors that Porsche is buckling up to launch the final version of the current generation of its flagship 911, the 911 Speedster. However, all these rumors are turning out to be true, as the first set of spy pictures of the 911 Speedster are finally out. And going by the pictures, the new 911 Speedster seems production ready, with the official launch possibly scheduled for later this year.

Based on the current 911 GT3, the 911 Speedster inherits most of the design cues from the former, including the sporty looking rear wing. However, as the name suggests, the 911 Speedster will be an open-top version of the former, with the spy pictures showcasing the soft cloth top and rear deck lid in their full glory. The overall rear design of this new sports car suggests that Porsche has set all the guns ablaze to make this final farewell of the current 911 the best variant of the 911 till date.

Apart from the aforementioned details, no other information about the 911 Speedster is out yet, including its launch date and pricing. That said, the new 911 Speedster is expected to be launched before the next-gen Porsche 911 arrives in October 2018.