The last of the 991 generation models is finally here in the form of a Speedster.

The Porsche 911 Speedster Concept is designed to celebrate the company’s 70th anniversary and marks the return of the classic “double-bubble” design on the 911 after eight years.

The newly revealed model previews a potential 911 Speedster that may not be out until 2019. According to Porsche, a decision on whether to put the Speedster into production will be made in the coming months. That said, we have zero doubt that the beautiful concept model will make it to production, as prototypes of the 911 Speedster have been spied testing around Germany in the past few months. We don’t think the company will put all that effort into a show car. 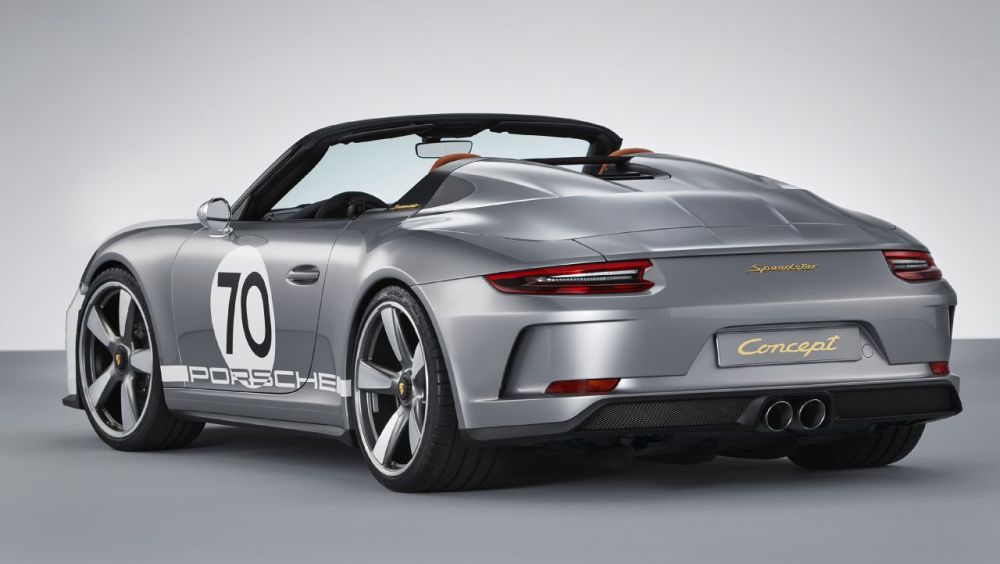 Porsche Speedsters have utilized a similar formula over the years. A chopped up, raked windshield and a double-bubble cover in place of the vestigial rear seats. In the case of the latest 911 Speedster, the latter is full carbon-fiber. On the concept ditches the 911’s traditional mirrors for a set of chromed, Talbot-style racing mirrors. To our eyes at least, these are one of the most beautiful mirrors put on a car. The body wears GT silver pant adorned with white decals featuring the number ’70’ signifying the company’s 70th anniversary.

The interior is a mix of light brown aniline leather with carbon-fiber construction. The Speedster Concept has full bucket seats and ditches the navigation, air conditioning, and audio system for a more unadulterated driving experience.

Porsche engineers have combined the chassis of the 911 GT3 and body panels of the Carrera 4 Cabriolet to create this Speedster Concept.  Technical details and performance figures haven’t been released, but Porsche say the 6-cylinder engine (probably the 4.0-liter from the GT3) makes over 500 hp and has 9,000 rpm red line. The engine is mated to a six-speed manual gearbox.

We expect the production car to retain both the concept’s design and technical specifications, when it launches next year. 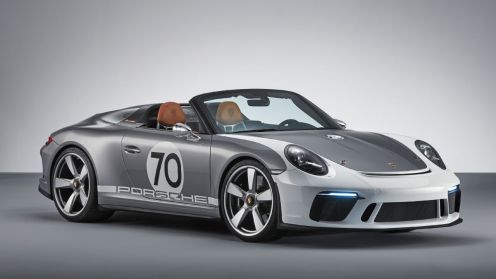 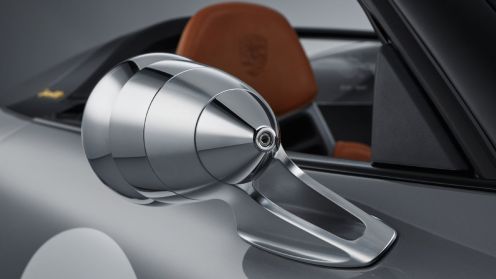 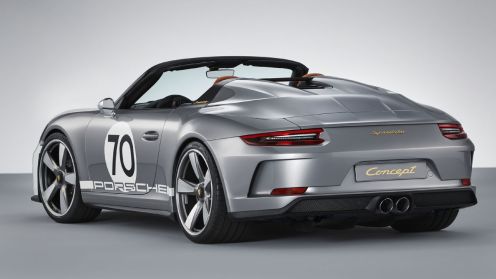 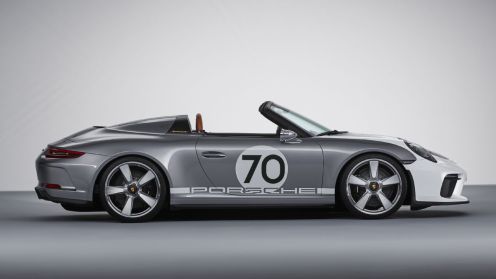 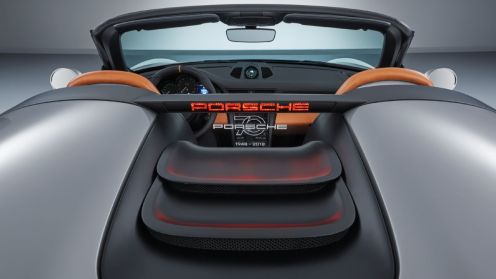 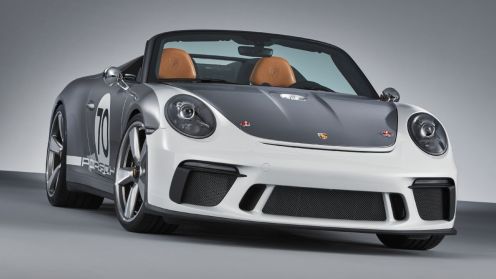 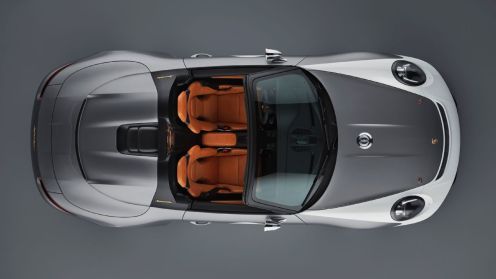 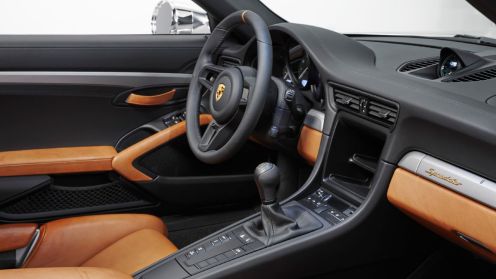 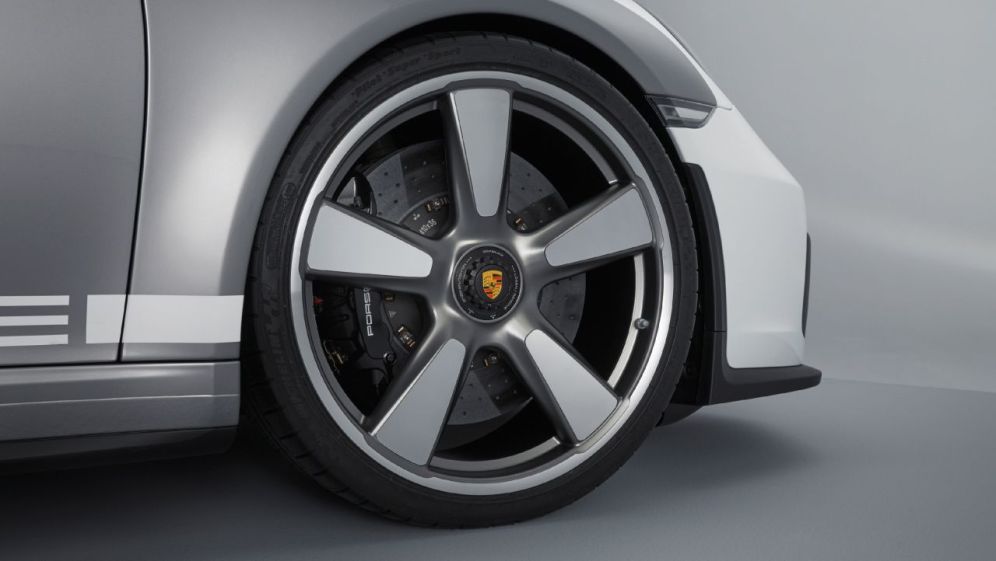