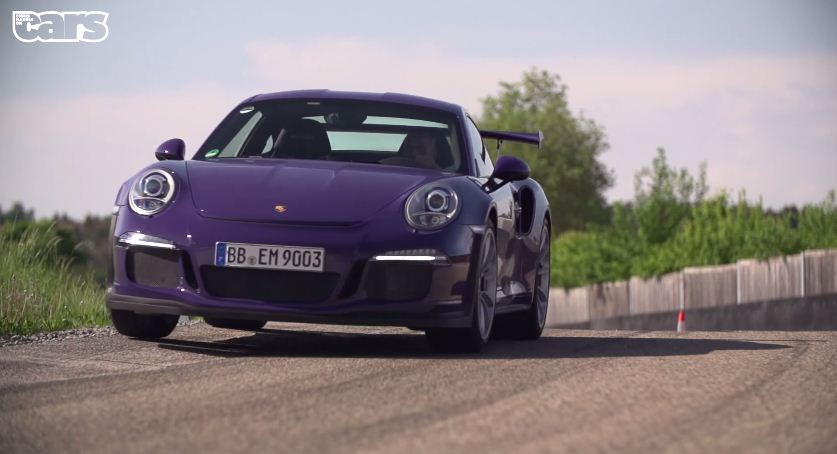 What happens when you put a Porsche-obsessed Chris Harris into the latest and probably the greatest 911 of our times? A lot, frankly. Chris wears matching orange shorts and drives an orange Porsche 911 GT3 RS on the autobahn at speeds exceeding 180 mph. And he develops a sudden urge to lick a purple GT3 RS. All of that mean, the new Porsche 911 GT3 RS is a heck of a sports car.

The 4.0-liter flat-six engine is naturally aspirated. That means, instant throttle response. The motor produces 500 hp which is enough to turn the fat tires at the rear into smoke. The overall aero-package which consists of a large rear wing and air-vents on the on the front wheel arches provide immense grip. The lighter, wider body sits atop a perfectly balanced chassis that uses wider track both front and rear. The way it is presented by Chris, the GT3 RS does seem like a magnificent sports car.