2017 Porsche 911 GT3 facelift (991.2) has been spotted completely undisguised. The latest update has been seen testing around the Nurburgring.

The new 911 GT3 gets a refreshed front end with minor tweaks to the front bumper. These include aggressive intakes, spoiler and LED daytime running lights. The rear end gets a revised bumper, and 3D tail lamp cluster with LEDs. 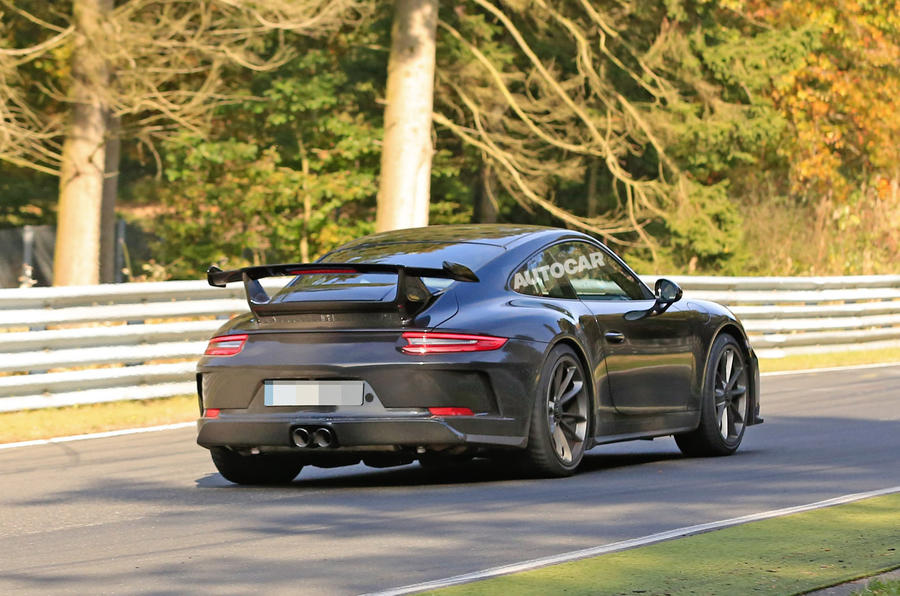 The new Porsche 911 GT3 will retain the 3.8-liter naturally aspirated 6-cylinder engine but will now be offered with a 6-speed manual gearbox. That said, it needs to be seen if Porsche up the overall output or stick with 500 hp.

We can expect the upcoming Porsche 911 GT3 to be more than just a refresh. The 911 GT3 facelift will be available with an optional 6-speed manual gearbox and that’s a good thing.

A prototype of the 2017 Porsche 911 GT3 was spotted at the Nurburgring recently. On the outside, it features a revised front end with an aggressive front splitter and LED turn signals. Rest of the exterior is almost similar to the current 911 GT3 characterized by the large rear spoiler. 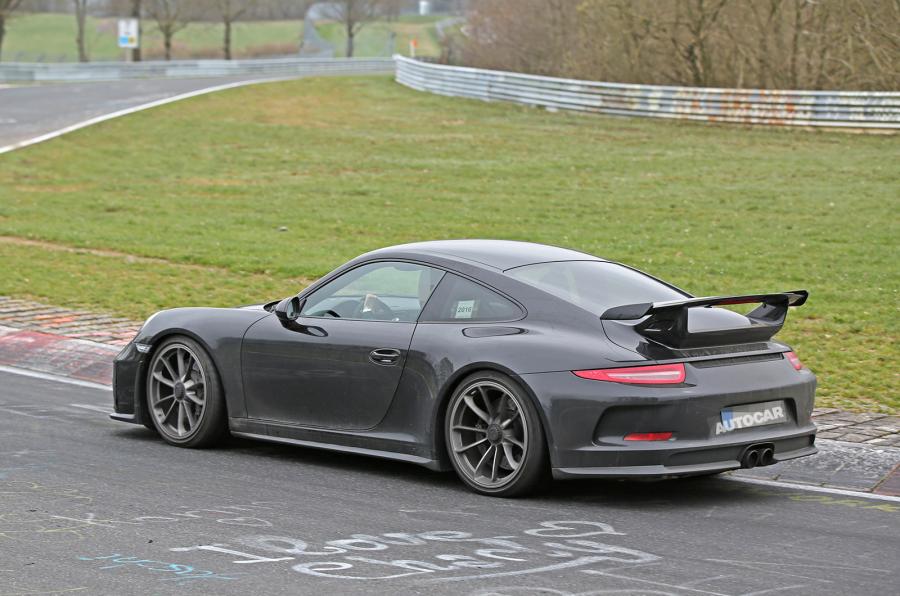 Under the bodywork, the new Porsche 911 GT3 facelift will use the same 3.8-liter naturally aspirated flat-six engine. Power output and torque figures are yet to be confirmed, however performance would be almost in tune with the current model which has 468 hp 324 lb-ft of torque. That said, with a 6-speed manual on offer, Porsche purists would probably be looking forward to the 911 GT3 facelift. 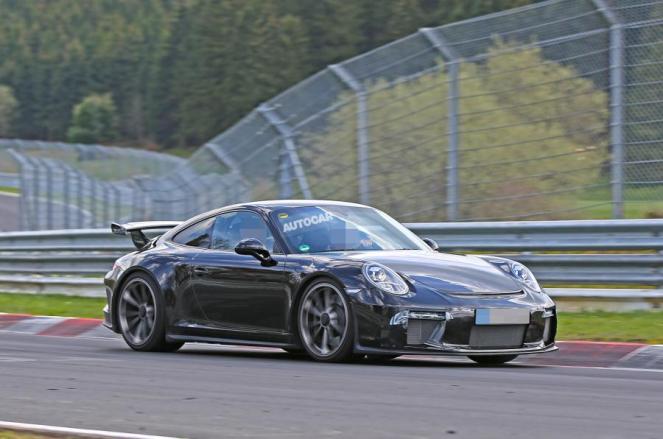 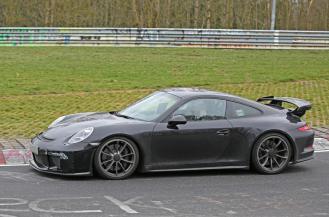 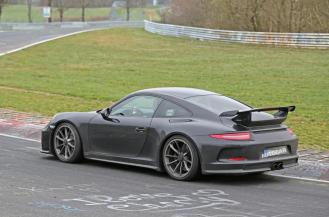