3 day old GT2 RS survives a crash at the Nurburgring.

A brand new Porsche 911 GT2 RS crashed at the Nurburgring recently. The car was just 3 days old and was driven straight to the track from Denmark.

The 911 GT2 RS finished in lime green and equipped with the optional Weissach Package was spotted at the track during the weekend. On one of the laps, the driver lost control and grazed the barriers. Luckily for the owner, the damage looks superficial. The car has a broken front bumper and splitter and would require a replacement headlamp.

The 911 GT2 currently holds the production car lap record of the circuit. In the hands of a Porsche factory driver, the supercar can clock sub-7 min laps consistently. Clearly then, lapping the Nordschleife in a GT2 RS that fast is not everyone’s cup of tea. 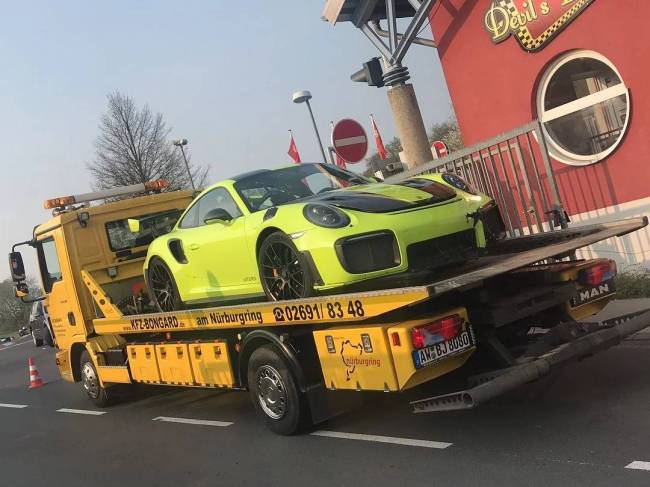 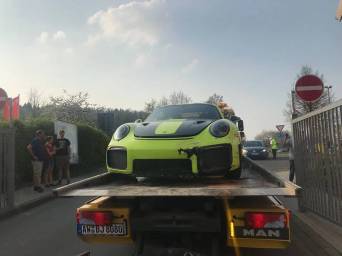 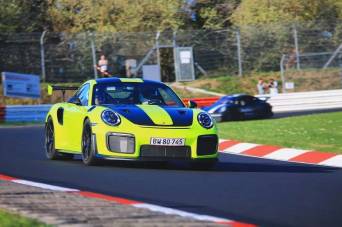 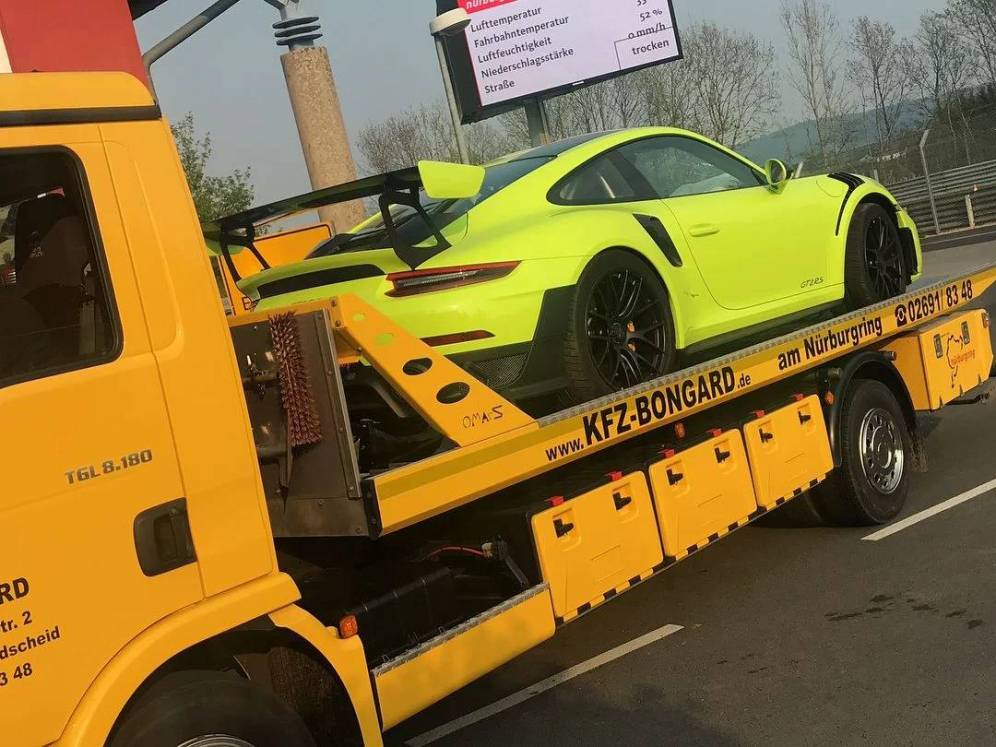