The POG Police Ferrari 458 Speciale Aperta has crashed in Belgium. According to a Facebook post, the supercar was wrecked by a technician who was out on a test drive. The roads were slick causing the car the aquaplane. The Speciale Aperta hit the barrier and spun several times before hitting a tree. Thankfully, no one was hurt. 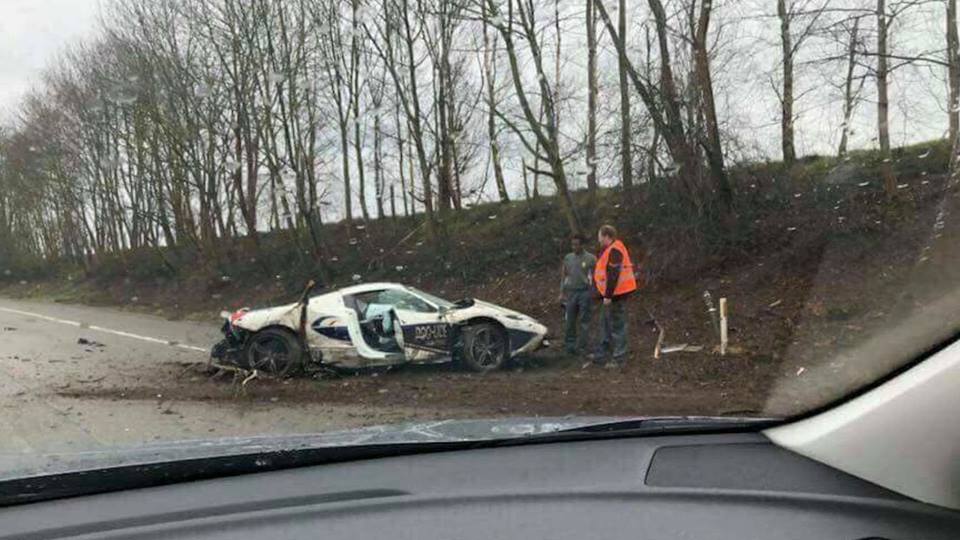 An image of the aftermath of the crash posted online reveals some major damage. The rear end has been ripped off along with the rear wheel carrier. The carbon discs appear to have been snapped as well. The left rear fender has taken some damage and so has the front end. The left front wheels looks wonky and might require major repairs. Overall, the owner of this Ferrari could be looking at an expensive bill.

The Ferrari 458 Speciale Aperta is a rare supercar with just 499 in existence. Naturally, one of these fetches upwards of $600,000 in the used supercar market. It is powered by the same 4.5-liter V8 engine offered on the hard top version. It is the last naturally-aspirated Ferrari V8 and it puts out 597 hp and 398 lb-ft of torque. Styling-wise, the only difference between the coupe and the Aperta is the folding hard top and a redesigned rear deck lid.

Recently, Ferrari showcased the replacement for the Speciale – the 488 Pista at the Geneva Motor Show. Here’s a digital rendering of a 488 Pista Aperta.