Legends of the 1960s, the Rolex Daytona and the Ford GT are a match made in performance heaven. In 1963, Rolex unveiled their Cosmograph chronograph watch, which would later bear the celebrated “Daytona” name  acknowledging Rolex’s association with the famous motor race in the Floridian city. A few years later, in 1966, Ford had their legendary sweep at Le Mans—the world’s most prominent endurance race. Fast-forward to more recent times and these iconic brands made headlines yet again. 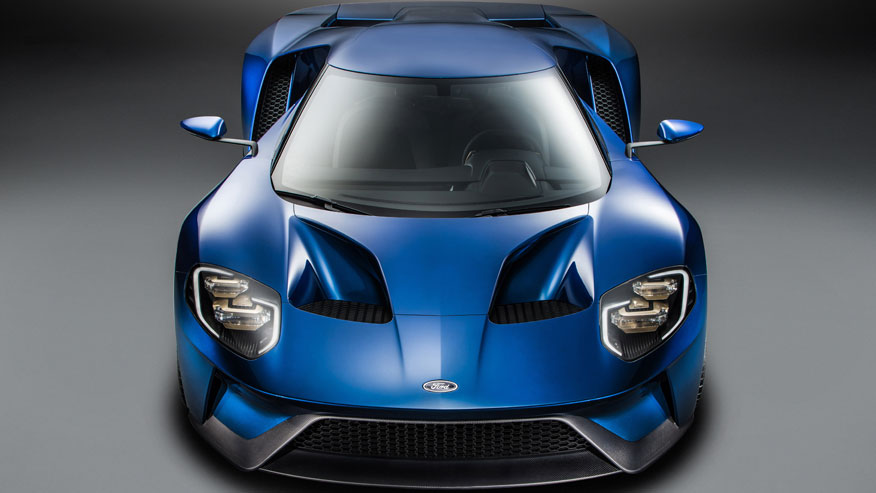 In early 2015, Ford introduced the Ford GT 2017 supercar at the North American International Auto Show in Detroit. Mark Fields, President and CEO of Ford Motor Company declared that production would begin in 2016. He also unveiled a stunning liquid blue version for audiences at the motor show to gawk at. From its striking aerodynamic shape to its insanely powerful 3.5L EcoBoost V6 engine with 647 hp, this is the car for supercar enthusiasts.

With prices starting at $450,000, interested buyers had to apply to own the upcoming Ford hypercar. As a result, applications came flooding in from all over the world. Some particularly enthusiastic fans even posted YouTube videos proclaiming why they should be one of the chosen few.

Ford has delivered around 50 units of the GT in 2017 so far since production began. The American automaker is slated to build 250 of them over four years. However, Ford only accepted enough customers for the first two years of manufacturing. Therefore, the next round of applications will start sometime in 2018.

Also in 2015, Ford announced that in honor of the 50th anniversary of that 1966 epic win, they would return to compete in Le Mans in 2016. And Ford took victory in the LMGTE Pro class! Official Timekeeper of Le Mans? Rolex, of course. 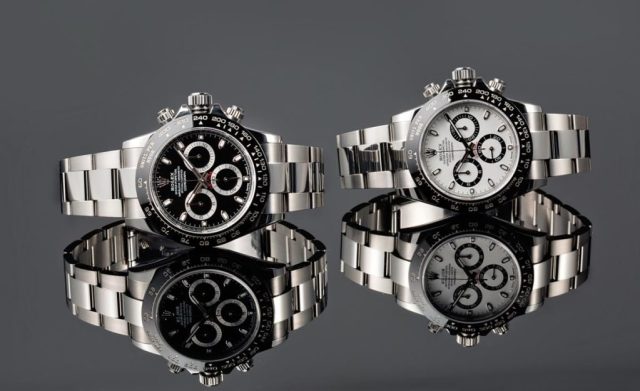 With its stainless steel 40mm case, matching steel Oyster bracelet, and black Cerachrom ceramic bezel, this was the Daytona Rolex fans were waiting for. Plus, to make things even more exciting, there are two versions to choose from. There’s the Panda white dial model with black registers and the reverse Panda version with a black dial and white subdials. Robust thanks to its materials and timelessly appealing due to its iconic design, it doesn’t get much better than the steel and ceramic Rolex Daytona.

For optimal performance, the engine of the Daytona ref. 116500LN is the famous Rolex Caliber 4130 automatic chronograph movement. With 72 hours of power reserve, an accuracy rate of 2/+2 seconds per day, this COSC-certified Rolex movement lives up to its “Superlative Chronometer” designation.

Just like the Ford GT, long wait lists of hopeful customers formed immediately after the debut of the Daytona ref. 116500LN. Getting your hands on one from a Rolex boutique requires years-long patience. 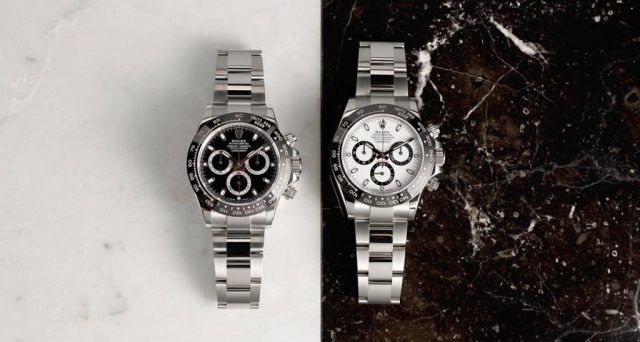 The must have pairing of supercar and luxury watch is undoubtedly the Rolex Daytona ref. 116500LN and the Ford GT 2017. Not only are these mechanical marvels and performance machines, they’re encased in fantastic forms too. And if anyone is lucky enough to own both, then it’s game over for the rest of us.