Yet another one-off Zonda breaks cover at Pagani Raduno.

The production of the Pagani Zonda was supposed to come to end with the Cinque. However, the vehicle continued to live on in the form of the Zonda 760. More recently, the HP Barchetta was hailed as the last iteration of the car. But, it seems the Zonda refuses to die as we see one special edition after another. The latest one is a bare carbon roadster called Zonda Aether. The owner of this unique supercar is the same person who commissioned the $4 million Ferrari SP38 Debora. 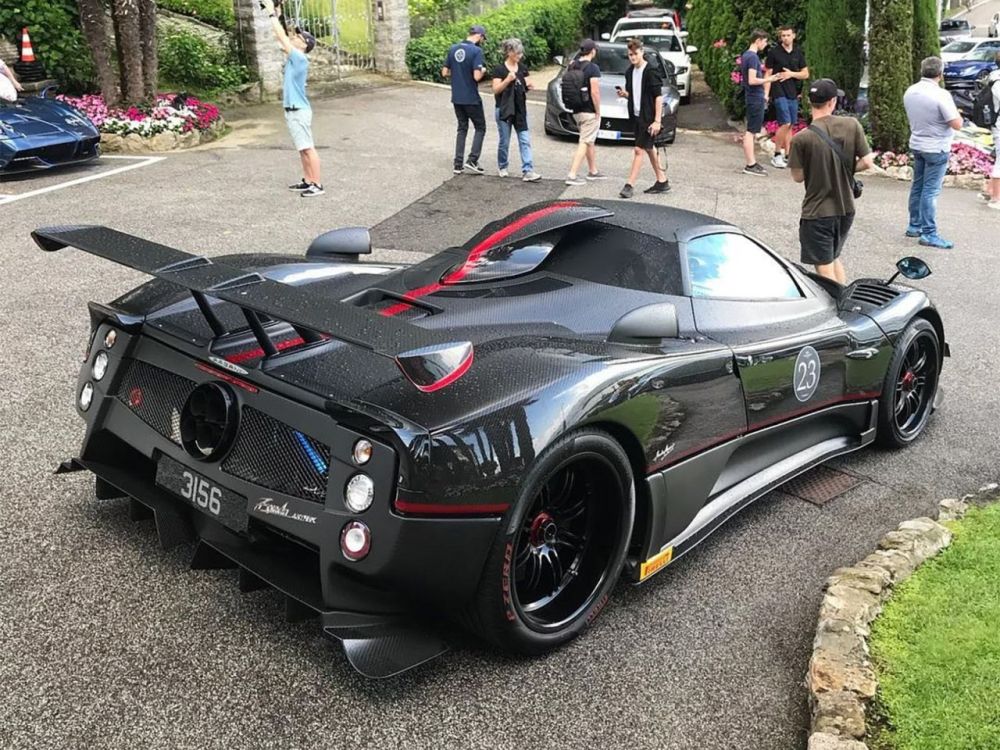 If not for the color scheme, one could easily mistake the Aether for a Zonda Cinque. Instead of the white and black dual-tone paint job of the Cinque, it features a combination of matte and gloss carbon fiber, contrasted by a bright red stripe running down the center and red pinstripes on either side. A carbon fiber roof scoop, air-intakes over the wheel arches and the rear wing are some of the other details the Aether shares with the Cinque.

Other custom features on the Zonda Aether include red ‘eyeliner’ under the headlights, black wheels, a mammoth rear diffuser, door straps instead of the normal door handles, a unique audio headset and a green push-button starter similar to the one in Zonda R.

The exterior might have been lifted off the Cinque catalogue but the 7.3-liter naturally-aspirated V12 is supplied by the Zonda 760. In this car, the engine is tuned for a good 800 hp, while a 6-speed manual transmission sends all that power to the rear wheels. 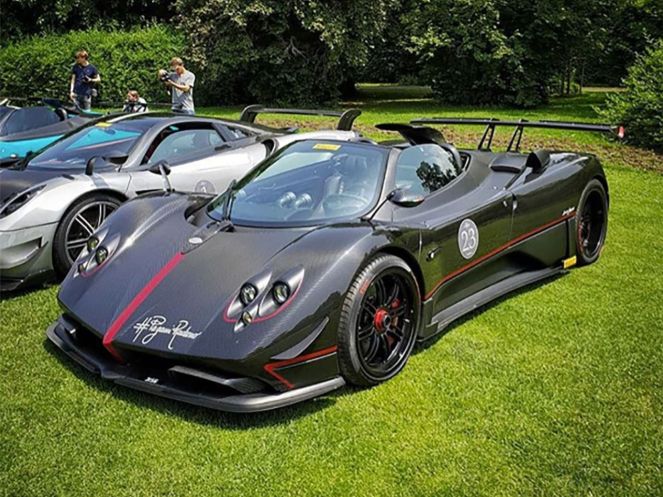 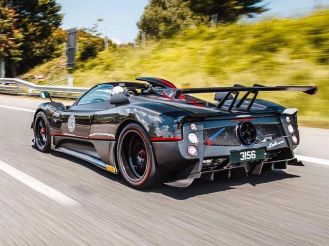 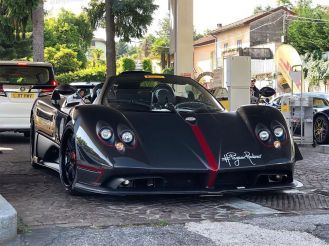 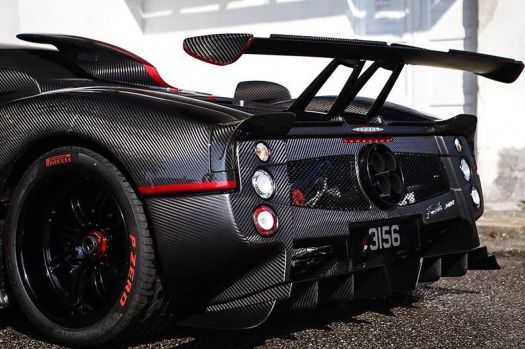 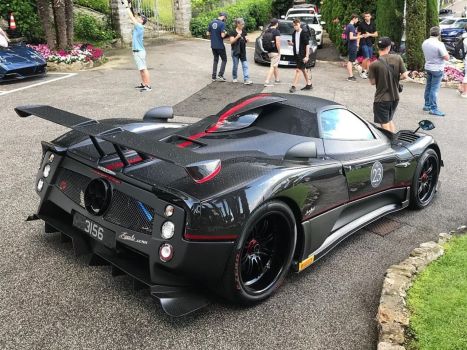