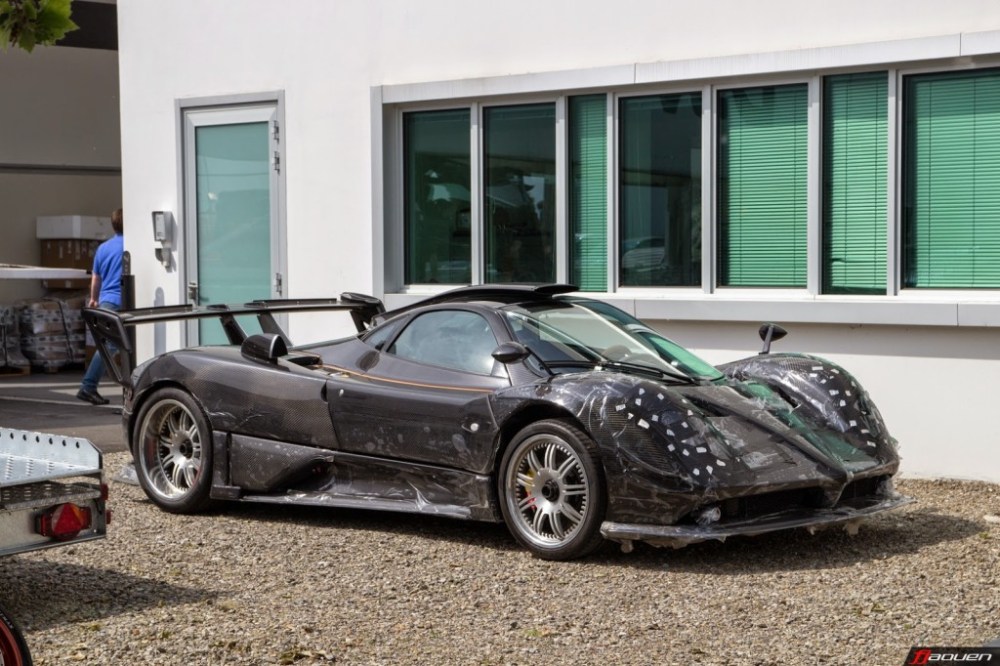 If you think the Pagani Zonda is now history, think again. Because, what we have here is a Pagani Zonda 760 LM. A one-off Zonda that is currently being prepared at the Pagani factory in Italy. The car has been under development for all this while and behind doors most of the time. So, when the Zonda 760 LM was about to leave the factory for a test drive, there were a few cameras rolling to capture the moment. We can show you the one-of-a-kind Zonda 760 LM thanks to Dimitri Cornolti via Prototype Zero

The Pagani Zonda 760 LM is loosely based on the Zonda 760 RS but the exterior is what makes it unique. The idea was to create a Le Mans prototype for the road and hence the name 760 LM. Exterior modifications include the large rear wing and a low and wide body. There’s a roof-scoop as well. The classic Zonda triple stacked tail lamp cluster has been retained, but the headlights have been completely revised. Everything from the monocoque to exterior panels have been crafted from carbon fiber and the weave is clearly visible.

As far the cabin is concerned, we expect the Zonda 760 LM to feature a stripped-out cabin with leather in black and white, carbon and aluminum. That said, the intrinsic detailing which Horaccio Pagani is famous for won’t be left out. The engine is the same 7.3-liter naturally aspirated V-12 crafted specially for Pagani by AMG. It could feature a slight change in tune with peak horsepower figures close to 800 hp. The car is expected to cost around USD 3 million and has probably been sold, already.