Horacio Pagani is like a magician when it comes to designing supercars. His creations are often inspired by retro designs, and the same is true for the Pagani Utopia. You can find hints of the Zonda and even the Porsche 917 in its design. The interior is festooned with old-school dials and switches, while the instrument cluster mimics a mechanical watch movement.

The Pagani Utopia is a next-generation hypercar that combines timeless design with space-age tech. However, what if the Huayra successor had a truly modern, 21st-century design? 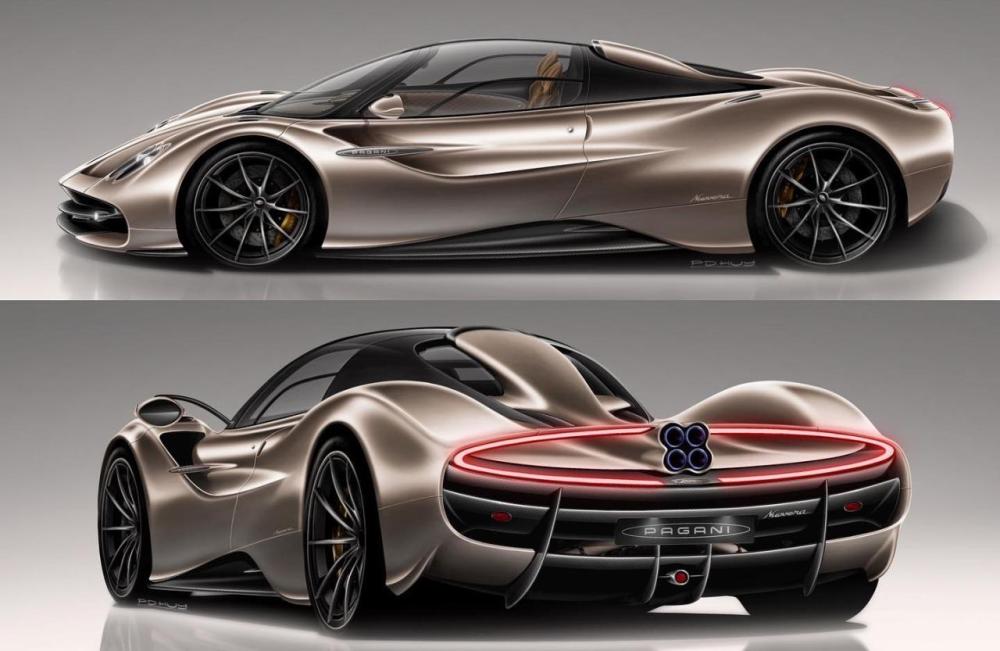 The Nuovera combines elements from various modern supercars with a futuristic take on Pagani’s basic design philosophy. The front is unmistakably Pagani with dual headlamps similar to the Utopia. The lower fascia has been simplified further for a cleaner look.

The car has a glass canopy that reminds us of the McLaren Speedtail. The classic Pagani oval motif now stretches across the rear fascia. It also forms the rear LED tail lights giving the car a cool and sleek look.

We certainly love the designer’s take on a modern Pagani hypercar. We think it retains all the traits we expect of the brand, albeit in a futuristic flavour.