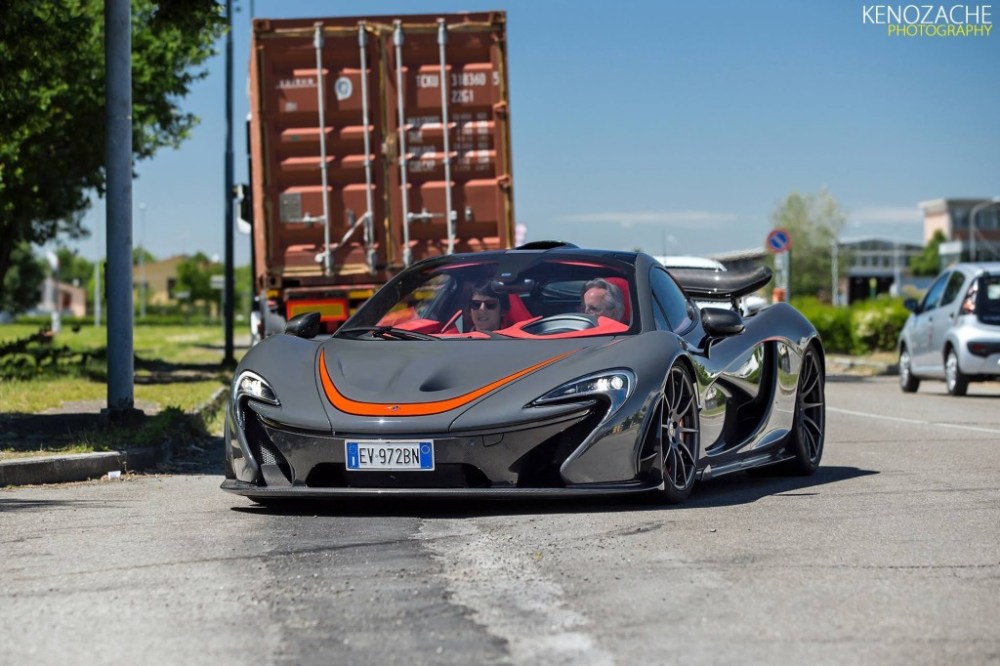 Horacio Pagani and his fabled creations can be described as automotive art in carbon, magnesium and titanium. A man who has always looked at supercars from an artistic perspective would probably stay away from a McLaren P1 designed and developed by a team of scientists.

Mr. Pagani was recently spotted driving a unique McLaren P1 in Italy. This is the same car that was previously spotted on the streets of Monaco and perhaps the only P1 registered in Italy. The gloss grey-ish P1 has a specially commissioned red interior created by the guys at the McLaren Special Operations or MSO.

That said, Pagani does not own this P1 MSO which is probably been loaned to the company for R&D purposes and that’s perfectly normal for a rival brand. Pagani has also revealed their plans to put a special Nurburgring Edition of the Huayra into production. Since, the Mclaren P1 has been around the Ring setting a quick time in the process, Pagani engineers could be using it to fine tune the upcoming Huayra.

Much like the Pagani Huayra, the P1 too uses a twin-turbocharged engine however, in the Huayra is an AMG V12. The engine is capable of 700 horsepower and 1000 Nm and does not use complicated hybrid systems to propel it. It could be slightly down on power compared to the P1, but for Pagani, a supercar is more than just horsepower.