There aren’t many modern supercars that can claim to be prettier than the Pagani Huayra Roadster. The open-top Huayra variant will probably go on as one of the most beautiful cars ever made. The Roadster was revealed at the 2017 Geneva Motor Show but like every Pagani before, it was sold out even before its official announcement. But, you can still get the Huayra Roadster even if you don’t belong to Horacio Pagani’s inner circle of loyal customers. Just contact Seven Car Lounge who are selling this pristine white example – just 1 of 100 ever made.

The color may look subtle on other cars, but it perfectly suits the elegance of the Huayra Roadster’s design. That elegance is perfectly accentuated by a selection of carbon fiber accents and silver, multi-spoke center-lock wheels. Inside, the Huayra has bright white leather, gloss carbon fiber and a number of black aluminum accents. 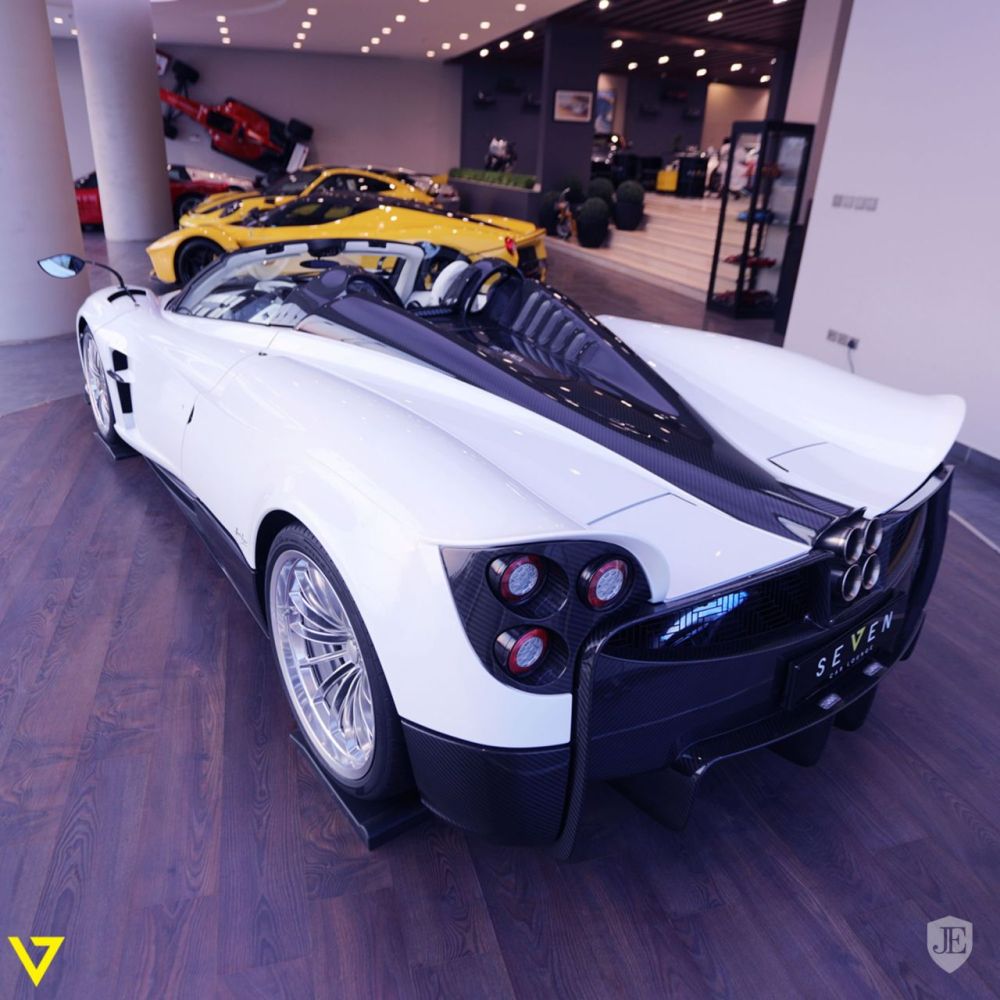 What makes this car even more special is that it’s the first Huayra Roadster to ever come out of San Cesario sul Panaro. The car is essentially brand new as it has not been driven for even a single mile.

The Huayra Roadster  is powered by a 6.0-liter twin-turbo V12 engine developed and assembled by Mercedes-AMG and produces 754 hp and in excess of 738 lb-ft (1000 Nm) of torque. Unlike many open-top cars, the Huayra Roadster is actually lighter than its coupe counterpart. It is now 70 kilograms lighter and weighs 1,280 kg (2,820 lb).

The Huayra Roadster was announced with a price tag of €2.28 million ($2.41 million) but asking price from the Saudi Arabia-based dealership should be much more. 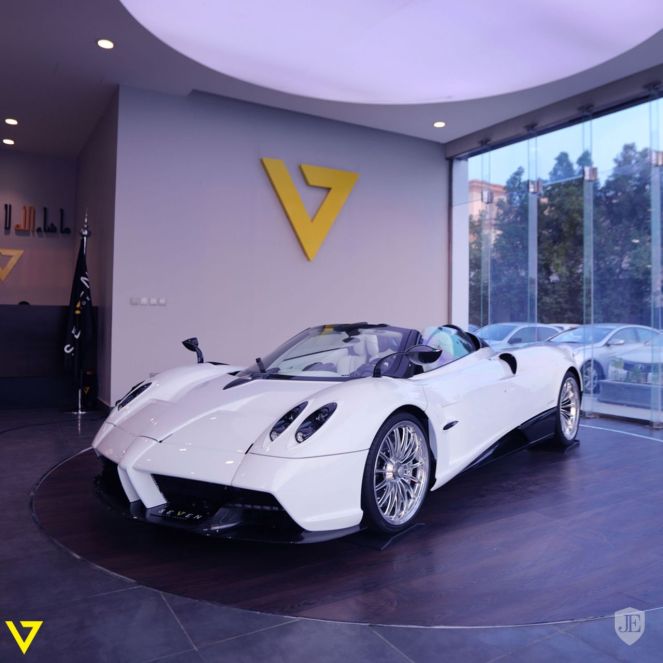 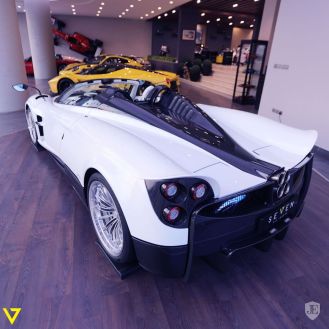 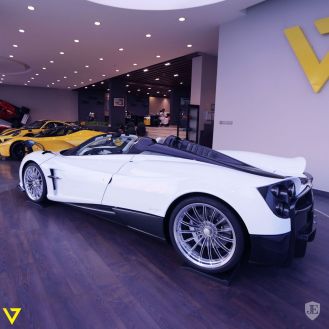 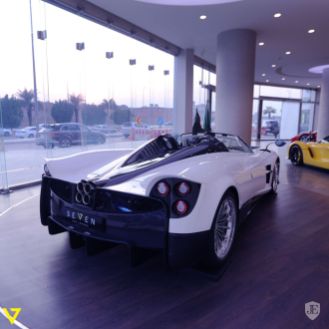 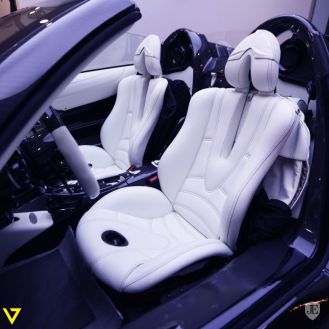 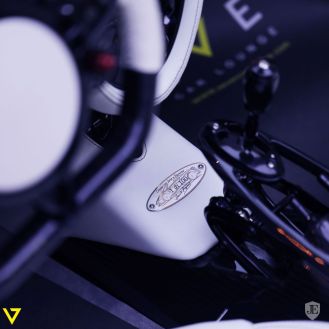 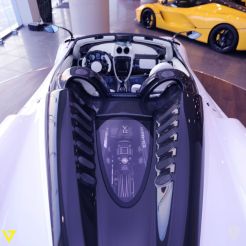 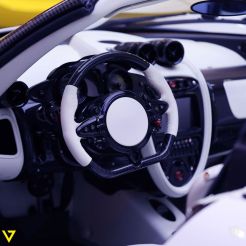 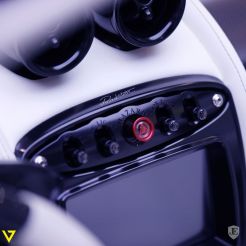 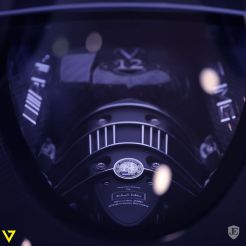