Update: These images have been circulating for quite sometime and may not be representative of the actual Huayra R.

Yesterday, we got the first glimpse of the Pagani Huayra R. But, all we got to see was the side view, which just looked like an elongated Huayra. Thankfully, a reader sent in these images that reveal the car in more detail.

As expected, the most extreme version of the Huayra gets the most extreme aero package we’ve ever seen on this model. It has a prominent stepped splitter and canards along with various vents and ducts at the front. The vents on side appear to be much larger than in the standard Huayra. 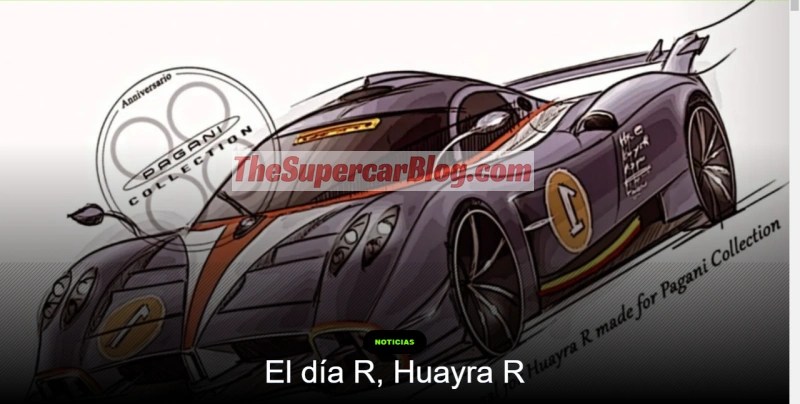 The rear features a fixed wing that seems to be an evolution of the spoiler on the Huayra BC. Note that the car also has a unique roof scoop.

According to our sources, the Huayra R will get an all-new, AMG-built naturally aspirated V12 engine that has been developed in collaboration with HWA. The engine revs to over 9500 rpm and puts out over 900 hp.

Given that the car featured in these images is the actual Huayra R, we feel that it looks a bit soft compared to its predecessor – the Zonda R.

What are your thoughts? Let’s us know in the comments.