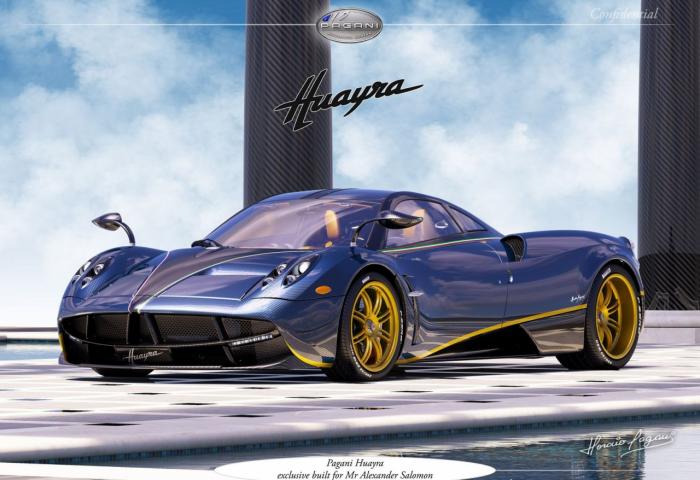 Pagani had earlier announced that the company planned to build bespoke, special edition Huayra supercars. The first such one-off Pagani Huayra was delivered to Kris Singh and was called the La Monza Lisa. Now, a wealthy entrepreneur and film studio owner has just ordered the next one. Alejandro Salomon will soon receive his special-edition Pagani Huayra supercar.

It is called the Huayra 730 S and it borrows a few aesthetic bits from the old Zonda Tricolore and the Zonda R. The supercar sports a blue-carbon exterior and gold accents. The wheels are in the exact shade of gold as the Zonda and go well with the black and blue exterior. While, there’s no word about the interior, it would definitely have a similar color scheme to match the exterior.

Having said that, the Pagani Huayra 730 S Design derives power from the same 6.0-liter twin-turbocharged V-12 engine built by AMG but, unlike the normal Huayra, the engine probably generates more horsepower, just a slight bit more, may be.