Okay. It was only a matter of time before the second crash news of the 2020 Toyota GR Supra surfaced online. It’s news-worthy as the accident took place at the Nurburgring… once again.

Yep. That’s a crashed Supra. Images have popped up on the Facebook page of Theofficialpayne TOP Nürburgring Videos, which presents an unpleasant sight of the 2020 Toyota GR Supra in a mangled state. The location of the crash? A place called Nordschleife, in a race track called the Nurburgring.

This is the second reported crash of the Supra revival model and it’s the second time that a new-gen Supra is crashing at the Ring. The Green Hell had been unkind to a prototype in the past and that car had hit a guardrail damaging the right section.

The recent crash has limited details to speak about. But the pictures do tell a tale. No matter what caused the crash, the production model didn’t endure it well. The front section of the immobilized sports car appears to have taken most of the impact. Both airbags have been deployed and only a closer inspection will confirm if this example can be put back together for another lease of life. 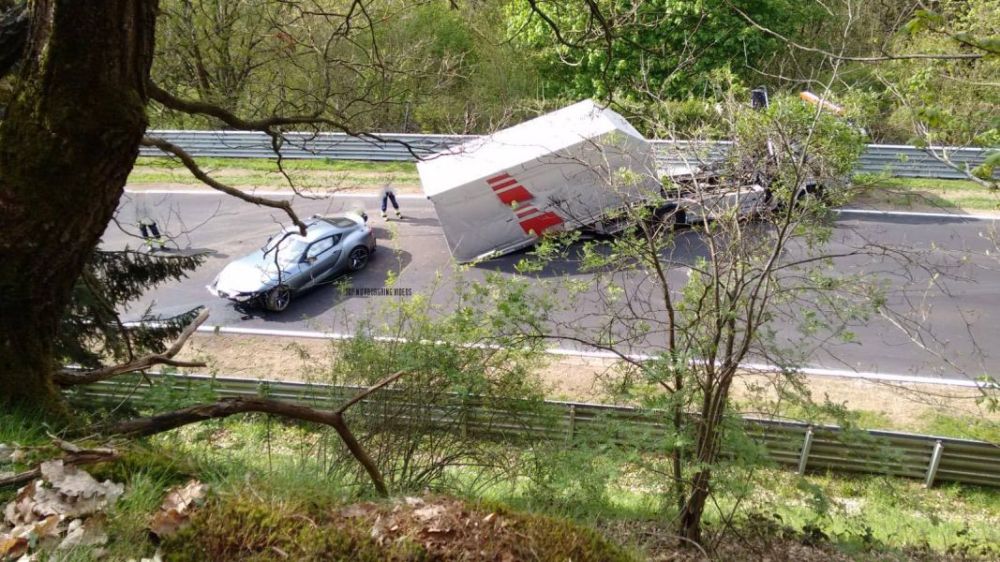 Since the crash took place during Industry Pool – when car manufacturers come to test their cars on the Nürburgring – this particular Toyota GR Supra will be going under the microscope at a Toyota facility soon.

How about a recap of some Supra news? Read up our previous posts of the Japanese icon here.