The Pagani Zonda PS – a one-off supercar has involved in an accident in the UK. The images of the crash were posted on Instagram. The images suggest that the supercar suffered cosmetic damage, although details about the crash are scarce. 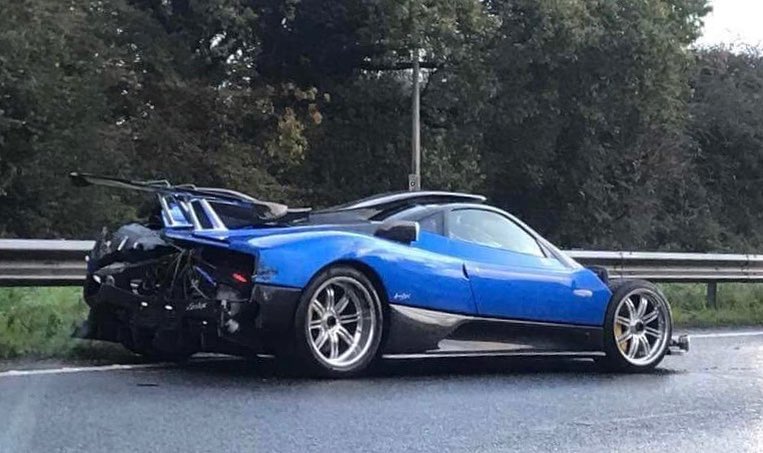 We’re not sure whether some other car was also involved in the accident. That said, it seems like the front-left hand side of the vehicle could have struck something, which caused the nose to rip off from the rest of the bodywork. A slight brush with the barrier could also result in similar damage. Hopefully, no one was hurt in the accident. As far as the Zonda PS is concerned, it will be headed to Italy for repairs soon. 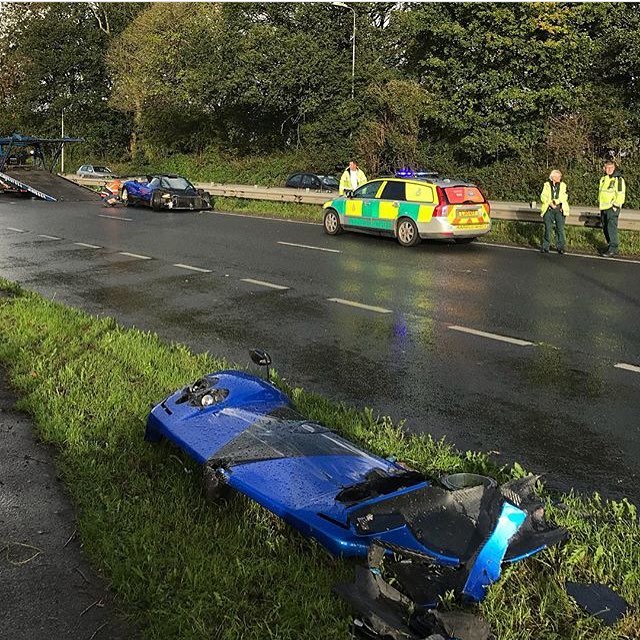 The Pagani Zonda PS is a one-off commissioned by Peter Saywell. This is the one with the four exhaust pipes arranged in a row. It was originally painted in white with orange accents and featured exposed carbon bodywork. The car was upgraded in 2013 with the 760 hp naturally-aspirated AMG V12 and new bodywork bits including a shark fin, roof scoop, air-intakes and a new spoiler. It also got the twin-stacked exhaust that’s standard on all Zondas and was painted in a shade of blue. 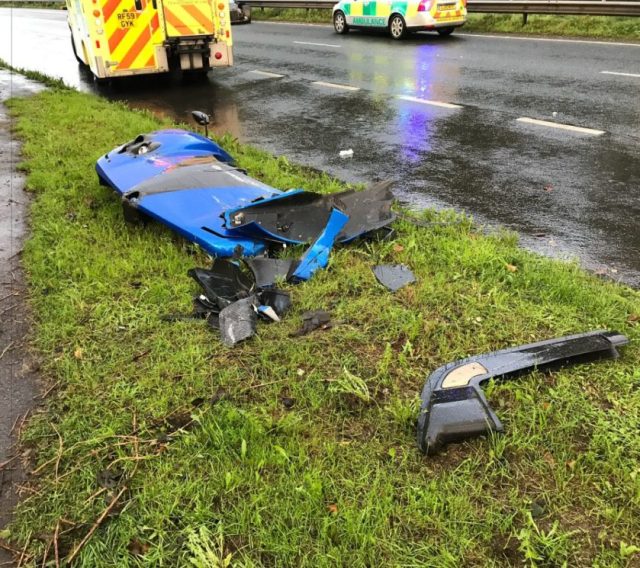