The 2016 Finali Mondiali was held at Daytona International Speedway over the weekend. The event was attended by quite a few rare Ferraris including the never before seen one-off Ferrari SP275 RW Competizione.

This was the first ever Finali Mondiali event held in the United States where almost 140 Ferraris took to the racetrack. Among the exotic machinery were rare F60 Americas as well as the Ferrari P540 Superfast. The SP275 RW Competizione came as a surprise as no one had ever seen this car before. Like the F60 America, this one too is based off an F12 Berlinetta and features a unique exterior. 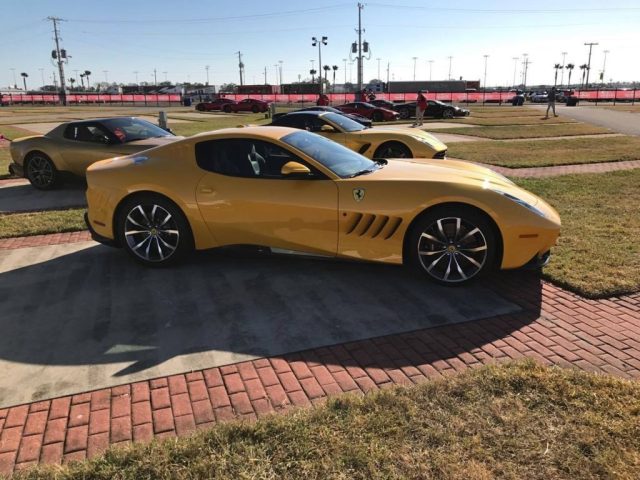 The Ferrari SP275 RW Competizione looks less aggressive with its smooth curves. It also lacks some of the air vents and aerodynamic surfaces present on the F12. That said, the complete bodywork has been finished in carbon fiber and is painted in Giallo Triplo Strato paintwork with blue carbon fiber accents. Under the hood is a 6.3-liter V12 naturally aspirated engine. However, we’re not sure whether it is the 770 hp version that powers the F12 tdf. 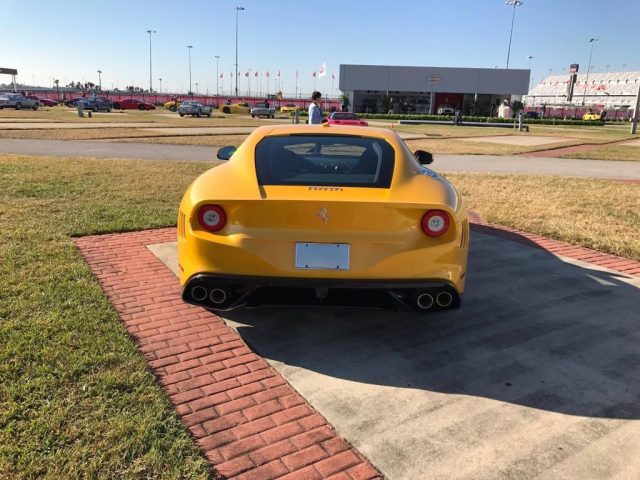 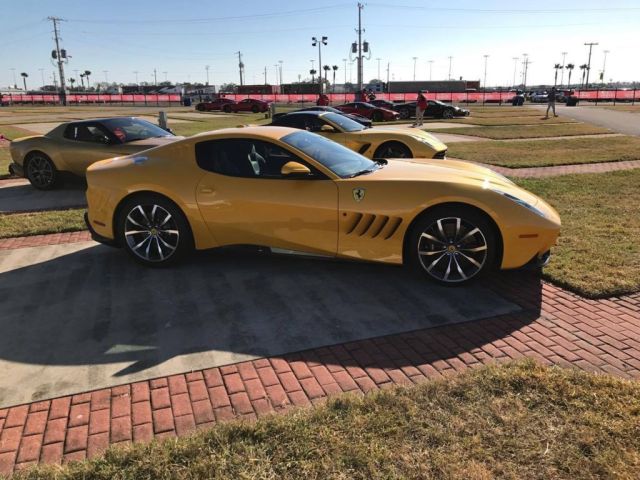 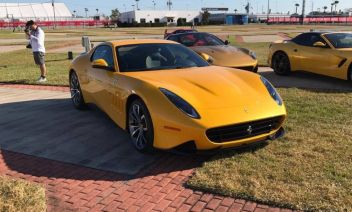 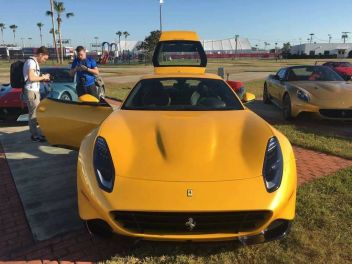 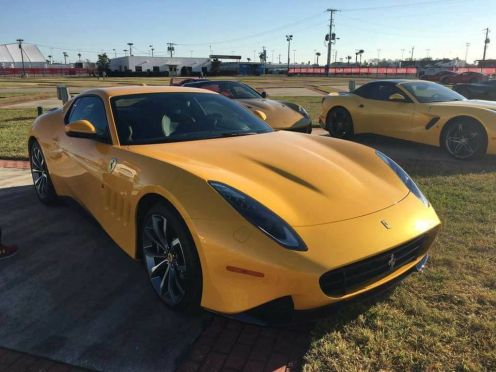 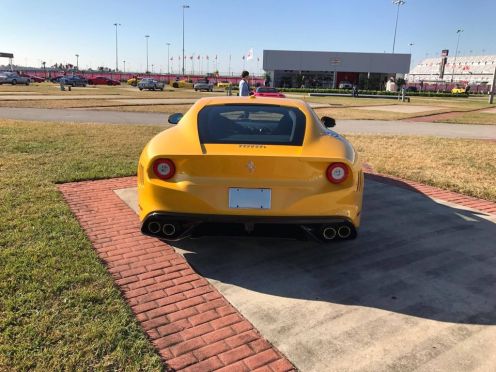