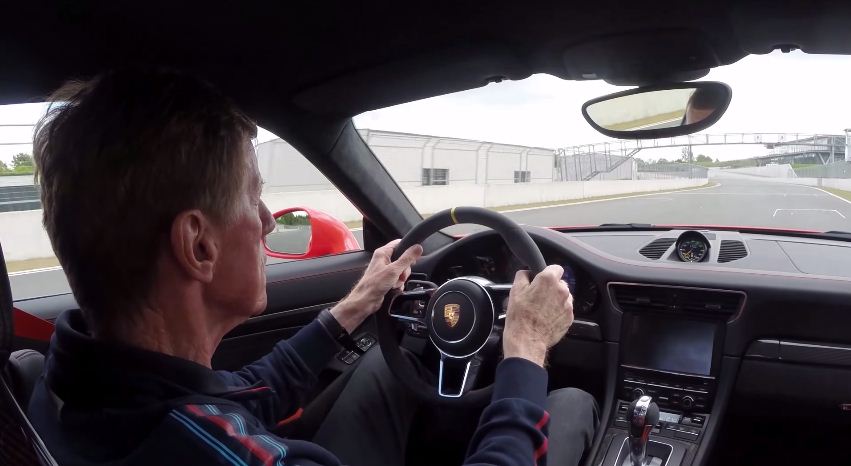 Porsche 911 GT3 RS has been launched. Motoring journalists have already driven it and car gurus have sufficiently commented on it. Well, and Chris Harris has fallen in love with it, as he usually does with most Porsches. Having said that, it is always a special treat to watch Walter Rohrl drive a modern Porsche around a circuit.

This man knows Porsches from inside out. He has spent most of career behind the wheel of 911 rally car and is now a senior test driver at the company. Porsche has kindly released a video of the legendary Walter Rohrl lapping a race track. He looks surprisingly calm behind the wheel of the Porsche 911 GT3 RS but that could be just because he is total control.

Moreover, the new Porsche 911 GT3 RS is a fantastic bit of kit. It is powered by a 4.0-liter flat-six cylinder engine that makes 493 hp and 384 lb-ft of torque. A seven-speed PDK transmission is standard on this model. The new 911 GT3 RS gets revised aero and the rear-wheel steering has been carried over from the GT3.