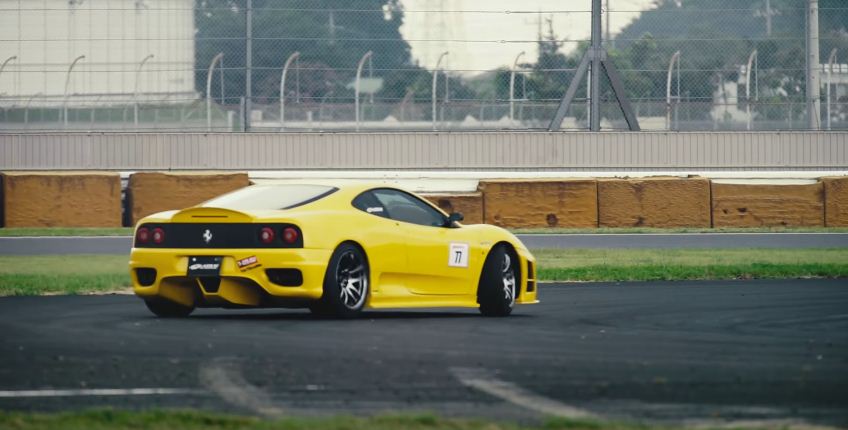 If you are a Ferrari aficionado you probably know how awesome a Ferrari 360 is. It is also believed to be among the more affordable Ferrari supercars in the used car market today. In fact, if you follow one Doug deMuro from Jalopnik, then who am I to question your knowledge about Ferrari 360 ownership.

While there are countless videos over the internet of some chap talking about his F360, this one particular caught my attention. It is a Ferrari 360 modified for pro-drifiting in Japan. We’ve previously seen supercars on the global drift scene, the recent one being Daigo Sato’s Lamborghini Murcielago.

So, I thought it would be an ideal to share a few videos of a yellow F360 drifting at various events. The car seems to be slightly modified in the suspension department. Similarly, stock wheels and tires have been swapped for new set. The interior of the car has also been left mostly untouched and so is the 3.6-liter V8 engine which thankfully hasn’t been ruined by adding turbochargers. That said, I’m not too sure about the actual horsepower figure.

With what sounds like a stock Ferrari engine and just a few suspension tweaks, this Ferrari 360 looks very manageable in the hands of pro-drifter Hirokazu Suzuki.